It's Sony-day at MWC today with the introduction of the new flagship XZ2 and XZ2 Compact, but if you love the company's phones and can't wait for these devices to be available and you're on a limited budget, now is a good time to take a hard look at the Xperia XA1 and XA1 Ultra. Both phones are being discounted through several retailers and are now, if you ask me, much more realistically priced. 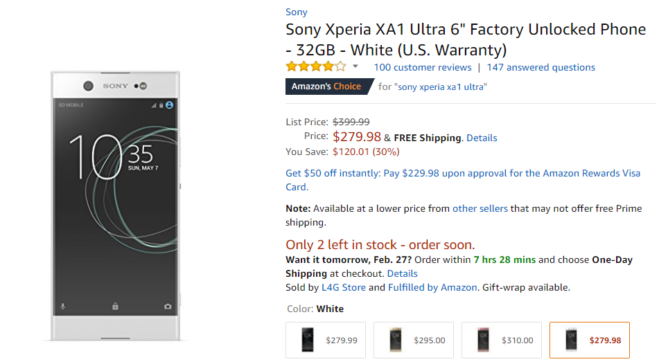 The Galaxy S9 is supposed to be boring