Before we even get to the new devices, perhaps the headline announcement is that starting with these phones all Nokia releases will be part of the Android One program (with the exception of its first Android Go phone). Thanks to this increasingly close relationship with Google, all Nokia phones will get a bloat-free version of the OS with rapid updates, potentially giving them a significant advantage over competing devices.

The original Nokia 6 was HMD’s best selling Android phone in 2017, and the company considers it somewhat of a franchise device. For that reason, the all new Nokia 6 is probably the most important of the new models. It was already announced for the Chinese market last month, but now it’s going to see a wider release. 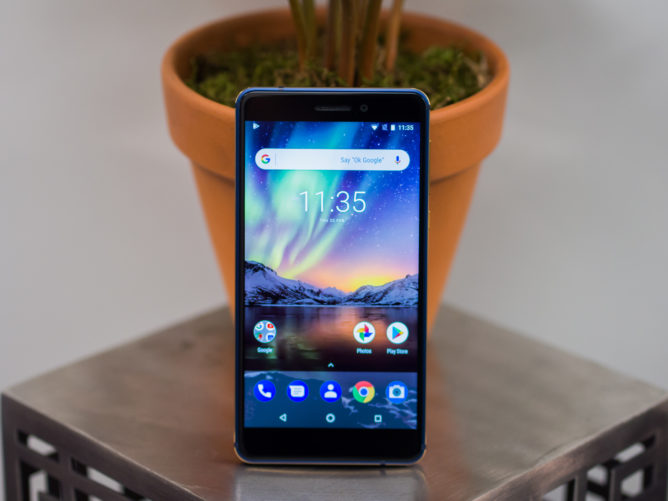 This time around it’s crafted from a single block of 6000 series aluminum with two-tone anodization, the capacitive keys have been cut, and the fingerprint scanner has been moved to the rear. It has the same 5.5” IPS LCD full HD display in a slightly smaller frame, and performance is boosted by a bump up to a Snapdragon 630 chip.

Face unlocking will feature on the new Nokia 6, which HMD says is almost as fast and accurate as fingerprint unlocking. The 16MP camera includes the Dual-Sight “bothie” mode we’ve seen in other recent Nokia devices. It will be available in Europe sometime in April for just €279 and could be this year’s mid-range phone to beat. 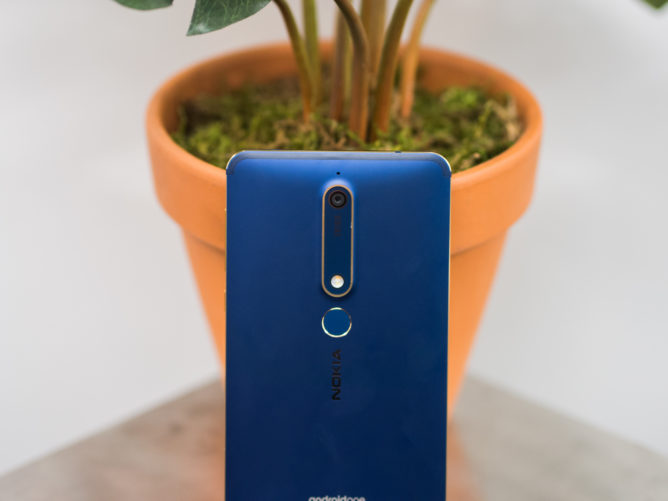 Images of the Nokia 7 Plus leaked out last week, showing a device with dual cameras and an 18:9 screen. Now it’s official, we know that the latest upper mid-range Nokia phone comes with a 6” IPS LCD panel, a Snapdragon 660 SoC, and will also launch with Oreo as part of the Android One program. 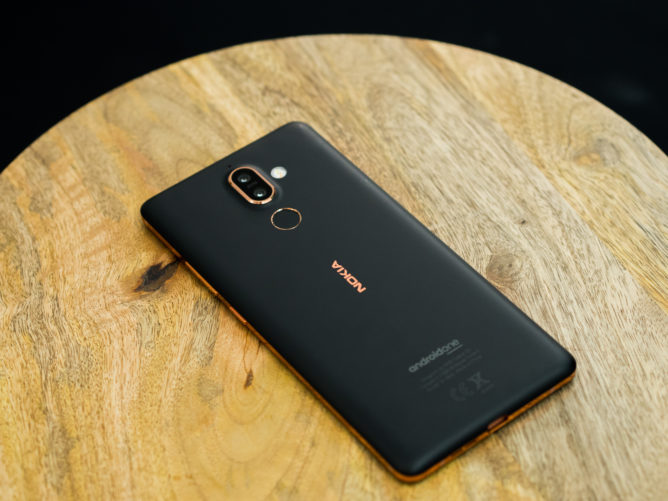 It looks like a refined version of last year's Nokia 7, but its larger rounded-corner display fits into a relatively small footprint. The second rear camera has a telephoto Zeiss lens, and the Dual-Sight “bothie” mode returns. Storage and memory options (64/4GB) are the same as the Nokia 7, but there’s a much bigger 3800mAh battery in the Plus model which HMD promises will amount to 2-day battery life.

The Nokia 7 Plus is constructed with six layers of ceramic paint on top of a single block of double-anodized aluminum. It comes with "pro camera" and "pro audio" features; this is very much a pro version of the standard Nokia 7. It will be available to buy in April and will cost a reasonable €399. 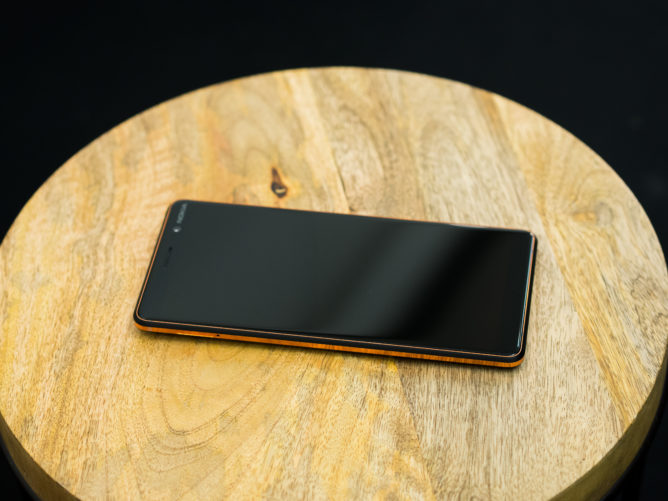 According to HMD, Nokia fans have been waiting for a true Android flagship and the Nokia 8 Sirocco — not the Nokia 9, as previously rumored — is here to answer the call. The statement feature is an edge-to-edge curved pOLED 5.5” display which meets the curved glass rear at a 2mm thick edge with dual diamond polished stainless steel chamfer — the frame beneath all of that glass is milled from a single piece of the metal. 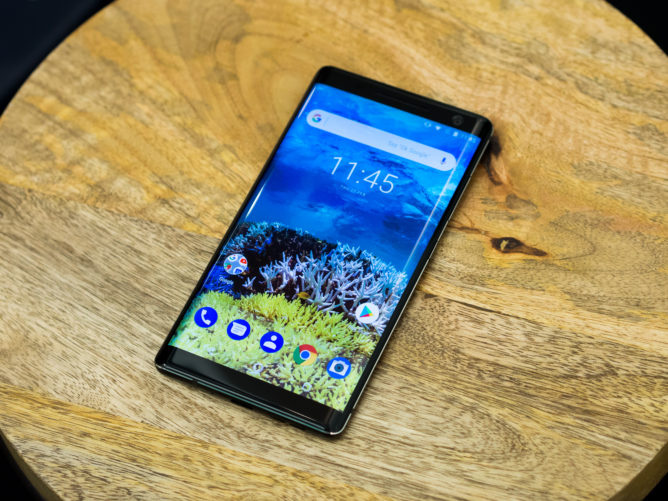 It’s a striking composition that’s obviously reminiscent of Samsung’s Edge phones, with HMD calling it the most aggressive smartphone design ever developed. 12MP and 13MP cameras with Zeiss optics can be found on the back; the front has an ultra-sensitive wide-angle lens (84-degree FOV). The software features pro camera and Dual-Sight “bothie” modes.

There’s no headphone jack, but there is water and dust resistance (IP67) and Qi wireless charging, unlike the other new models. Performance is sure to be on a par with other high-end devices thanks to a Snapdragon 835 chip and 6GB of RAM, not to mention the pure version of Oreo this Android One phone ships with.

Nokia’s latest flagship will also be available in April for the princely sum of €749. 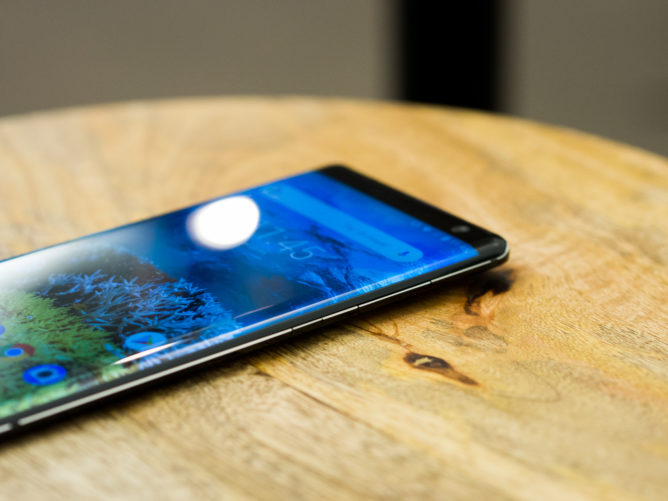 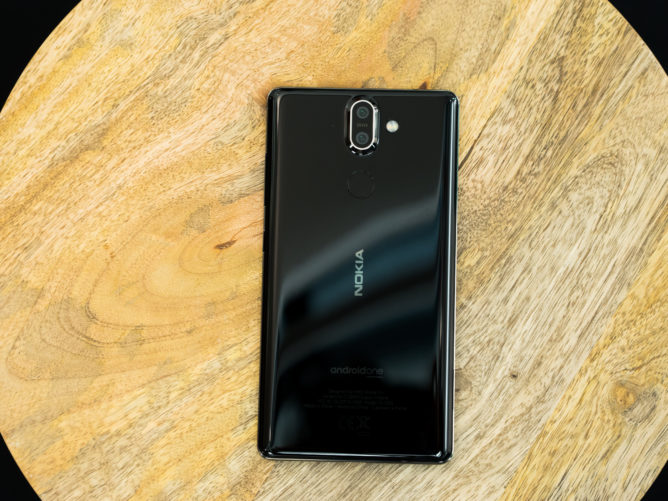 Android Go has been a long time coming, but we’re finally starting to see real phones running the low-fat version of the OS optimized for ultra-cheap devices with little RAM and storage. The Nokia 1 is the only new device from HMD not part of Android One. Instead, it runs the Go Edition of Android Oreo befitting its limited specifications. 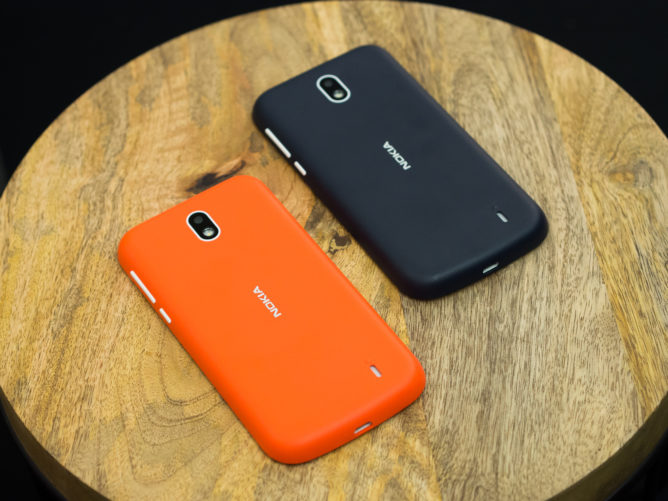 Alongside the Nokia 7 Plus, images of the Nokia 1 leaked out the other day showing exactly what you’d expect from the cheapest possible Android hardware. Its 4.5” screen is tiny by today’s standards, and the resolution is a meager 854x480. It’s powered by a modest MediaTek chip, with just 1GB of RAM and 8GB storage.

The front and rear cameras are 2MP and 5MP, respectively, and while the battery is small at 2150mAh, that should still translate to decent enough longevity given the other specs. There’s no fingerprint scanner or NFC here, but at least it’s got a headphone jack. To complement the Nokia 1’s retro stylings, Xpress-on covers will also be making a return.

Nokia won’t be adding any customizations or bloatware to the Nokia 1, which should boost performance somewhat. At $85, you’ll be hard pushed to find a more affordable Android phone with so few compromises. It’ll come in red or blue and it’ll be available in April. 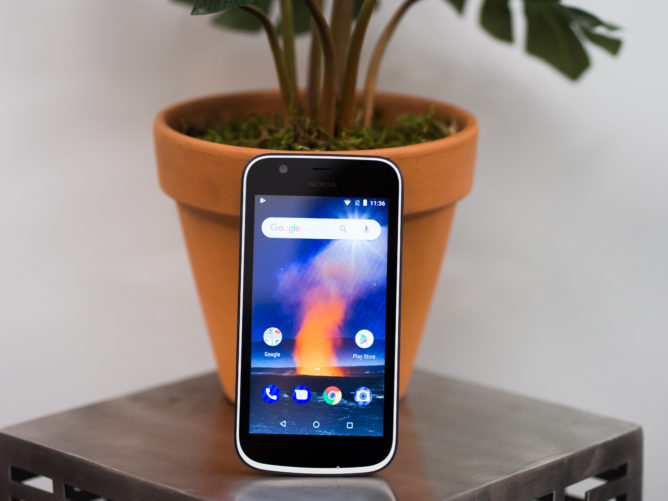 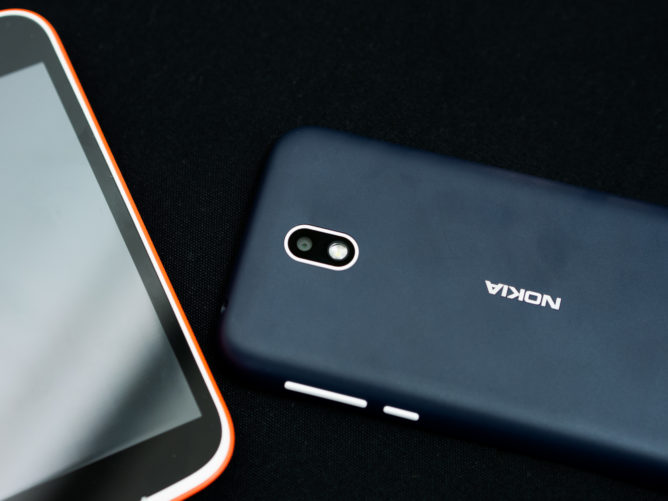 Nokia smartphones will be Android One devices going forward