Like Samsung, Huawei has an early half of the year flagship, the P series, and the Mate line for the later half. I liked the P10 last year, so I am curious to see what is in store for the P20. Based on the graphic above, the phone(s) will have something to do with AI and a triple lens setup, the latter of which you can see referenced in the word "more."

Alex Dobie over at Android Central posted a GIF a couple of days ago with this same graphic, but it called a bit more attention to the triple lens camera array.

Huawei just confirmed the name of its next flagship: The #HuaweiP20 is officially the #HuaweiP20 pic.twitter.com/HdOAsycA7i

Finally, some leaked images recently showed up courtesy of iChangeZone (on Weibo), showing off both the P20 and P20 Plus. They feature a gorgeous, near bezel-less design, with the notch in the top. The P20 (left) looks like it will take a page out of the View10's book for the fingerprint sensor placement just below the screen. 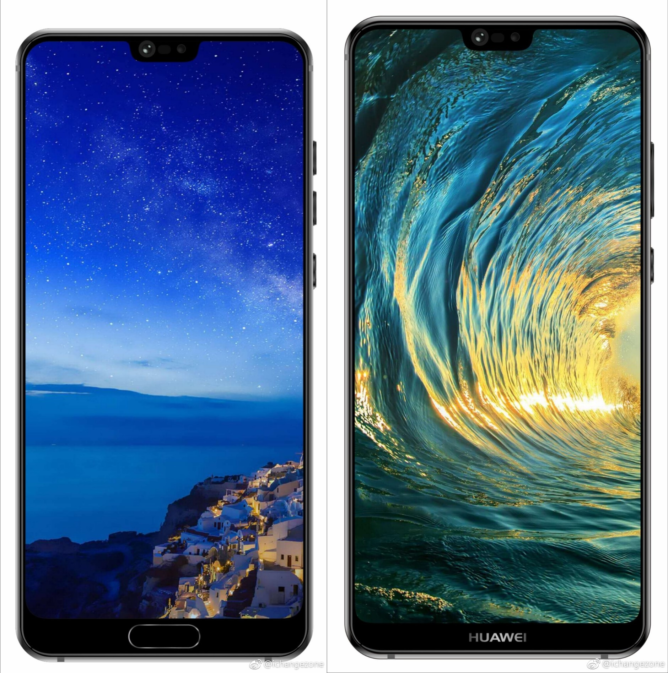 The end of March seems like it will be interesting, and I look forward to seeing the P20 in full. For now, MWC is about to kick into high gear, so we'll have plenty of news to tide us over.