The Bamboo Tip looks like a regular pen. It's 142mm (5.5") in length but slender at only 10mm (0.4in) in diameter, and weighs 16g (0.6oz). It's well-balanced, made of an anodized aluminum that feels great to the touch, and comes in only one color: dark blue with some black accents. The design is very minimalistic with a small logo at the top and a clip to attach it to your tablet's cover. 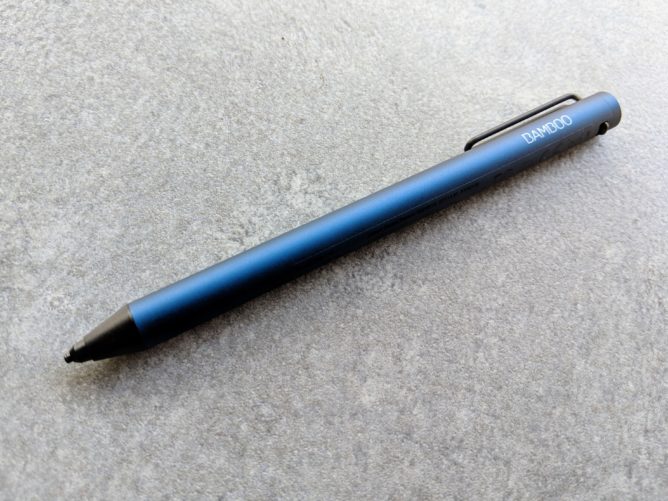 If you look closely, however, you'll notice a little button toward the middle that turns it on or off. It has a tiny colored LED light that notifies you when the pen has been turned on (the light doesn't stay on all the time) or is charging. If you don't use the Tip for a few minutes, it automatically turns off to save battery life.

The top houses the MicroUSB port for charging, which I would have wanted to be a USB-C port at $50. And there's a small switch to flick to optimize the performance for different devices. Wacom says it should be in the down position for some iPad Pros. On my various Android devices, I didn't notice any difference between the up and down positions: both worked well. 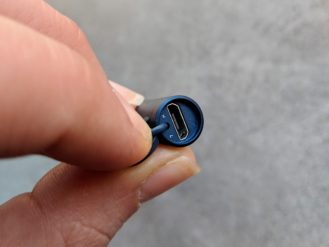 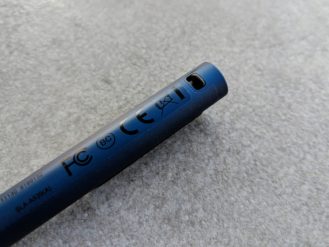 The Bamboo Tip counts as an "active capacitive" pen. Basically, it works like your finger and like every other cheap $1 stylus you have seen. The difference, however, is in the size of its tip. Normally, capacitive pens have a wide foam tip (6mm on average, 4.5mm for the finer ones) and need that contact surface to work on your touchscreen. The Bamboo Tip and other "active capacitive" pens emulate that larger surface with a small tip and a bit of electricity magic (hence the battery and charging). Technically speaking, the technology is called Reflective Electro Static, but all you need to know is that it gives you the accuracy of a finer tip stylus without requiring a digitizer in the display or Bluetooth connectivity.

In the case of the Bamboo Tip, the tip itself is 1.9mm in diameter, which is the same as some calligraphy pens. It's not as fine as a regular ballpoint or a pencil, but it gets much closer to them than the 6mm foam of a cheap capacitive pen. 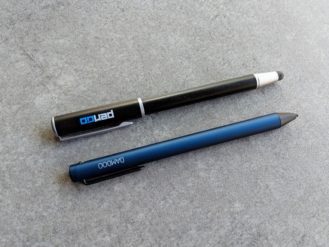 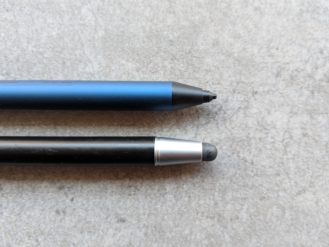 The benefit of the narrower tip becomes clear when you try to use it. With the large 6mm nib of my PenGo, I can't see where the pen is touching the screen so any accuracy or precision goes out the window. I can guess that the middle part will probably be the point of contact and aim that way, but I'm really working blind. By comparison, the finer nib of the Bamboo Tip lets me see almost exactly where the pen will hit the display. In the screenshot below, I tried to hit the dots in the paper with the Bamboo Tip (blue and green) and the PenGo (red and yellow). You can tell that I was struggling to find the dot with the PenGo but I nearly hit it every time with the Tip. The results may not seem as drastic, but they only tell half the story. The frustration of trying to hit the dot when using the PenGo wasn't there with the Tip. 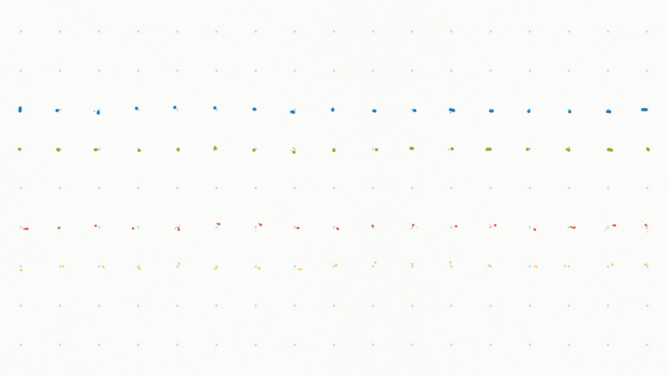 The other distinction to explain is between active capacitive pens and proper active pens. The latter usually require a digitizer in the display, a la Note series and S Pen, or connect over Bluetooth with your phone or tablet. They bring a couple of benefits like palm rejection and pressure sensitivity that don't exist with something like the Bamboo Tip. However, you'll always have to check for compatibility to make sure they work on your other devices and remember to unpair/pair when switching between devices. For proper drawing and sketching, they are by far better candidates, but if convenience is your biggest concern, then you'll prefer the ease of switching and compatibility of an active capacitive stylus like the Bamboo Tip.

Writing and sketching with the Bamboo Tip

I tried the Bamboo Tip on my Pixel 2 XL (no screen protector), my Galaxy Tab S2 8" (glass screen protector), and a few random devices like an S8, an iPhone X, and an iPad Mini. It worked as intended on all of them: tap the button to turn it on, start tapping, swiping, writing, or sketching. If I leave it unused for a few minutes, it turns back off. Battery life has been great and I haven't had to recharge it since I took it out of the box and started using it a few days ago. The only inconvenience in daily usage is the sound it makes when the firm nib hits the display, which could be annoying if you're in a classroom and there are students nearby.

I mostly tested the Bamboo Tip with Wacom's free Bamboo Paper application, which has some paper types and pens as in-app purchases. The app works with any stylus and even your finger, so it's understandable that not all features are free, but a coupon code inside the box of the Tip to unlock all paid options would have been more than welcome. If you've paid $50 for the stylus, that's the least you can get. 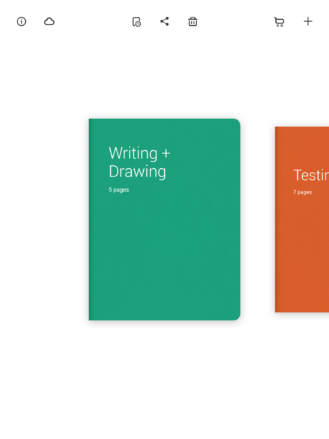 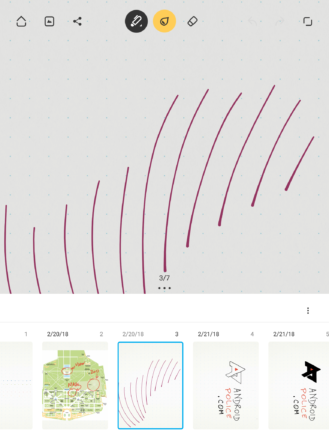 My handwriting now is nowhere near as clean as it used to be back when I was a student. It's a Déformation professionnelle and I blame the fact that I read illegible doctor prescriptions all day long, which makes me more prone to write with illegible handwriting. Anyway, writing with the Bamboo Tip on my Tab S2 8" was almost as convenient as using pen and paper. If palm rejection was supported, it would have been even better, but there are times when I had to lift my hand a little to avoid mistaken touches. 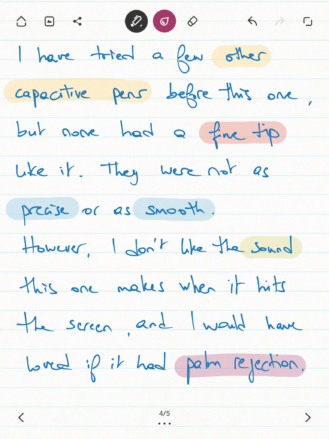 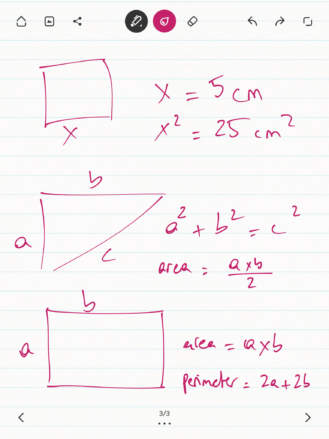 The app also supports sketching on top of images, and you can import/export notebooks as PDF files or in the WILL format, or share any page as an image. 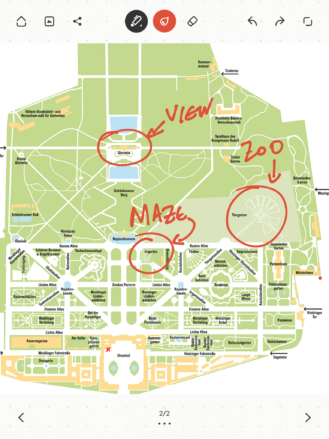 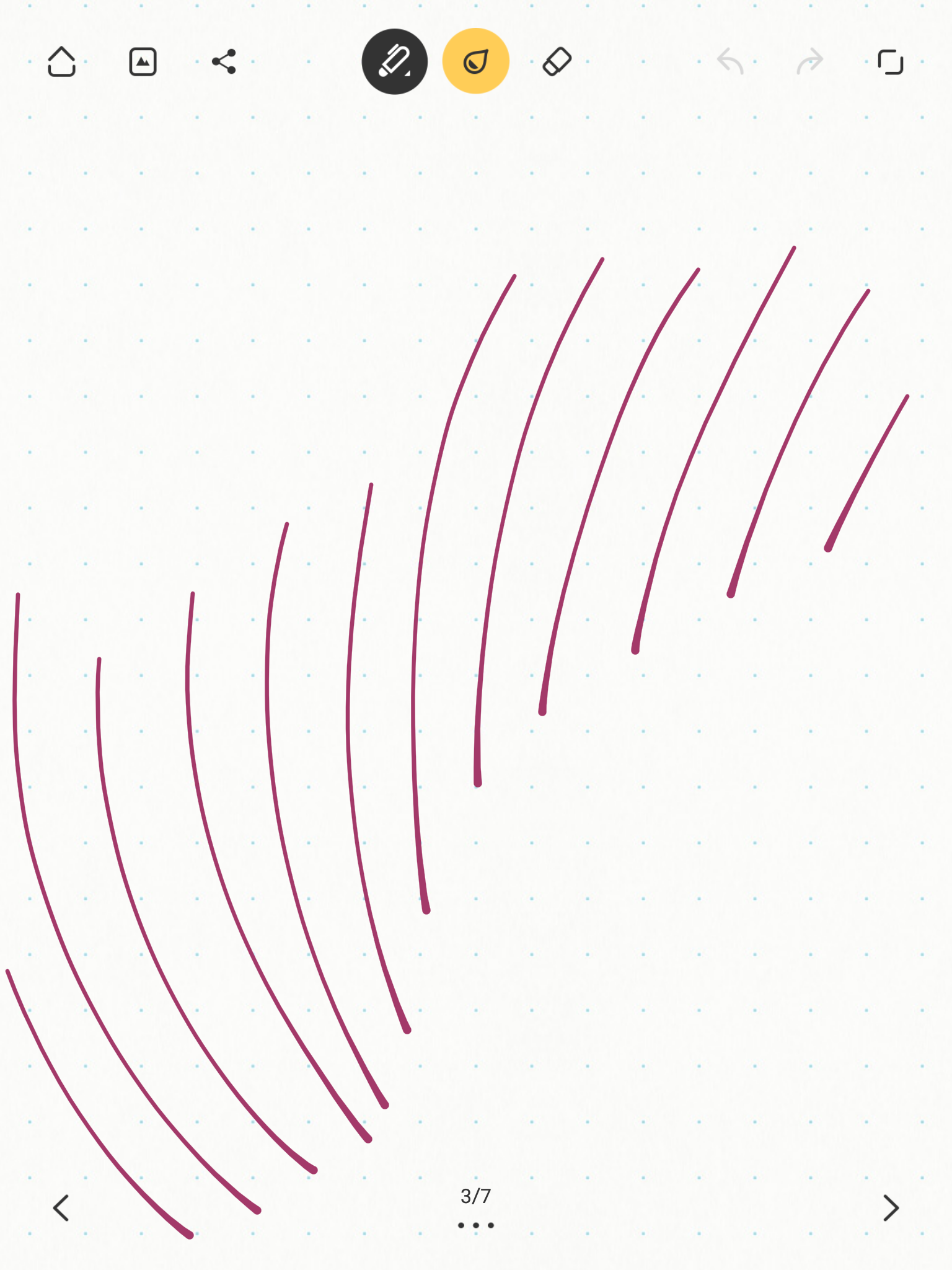 Drawing and coloring with precision wasn't tough with the Bamboo Tip. I tried to copy the Android Police logo (it turned out narrower) and it was easy to see where the pen was hitting the display, color inside the line with precision, and then zoom into the page to fill in whatever gaps had remained. I am not very artistic so this is as far as my drawing skills would go, but it should give you an idea of the level of accuracy you can expect. 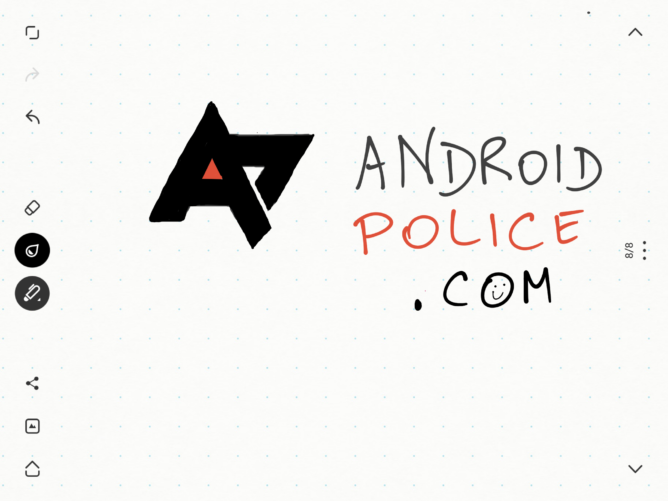 Of course if you prefer to use another app for your drawing, note-taking, or sketching, there's nothing stopping you. As a matter of fact, you should give other apps a go, because I found Bamboo Paper to be a little basic, even with all of its additional paid pens and papers. The Bamboo Tip worked well with Google Keep, but if you're serious about using a stylus I will recommend a couple of more powerful apps below. 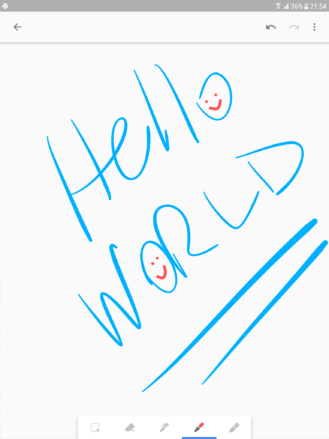 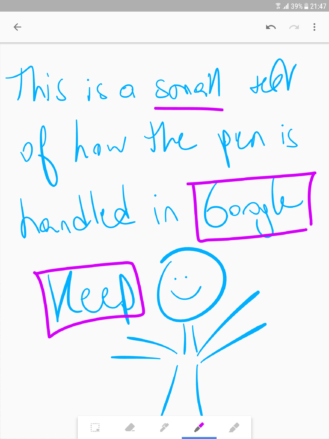 The first app that I tested is Inkredible (free and paid), which has a software-based palm rejection mode that works well enough most times and solves one of the issues of using an active capacitive pen. It also has a super awesome writing mode that gives you a larger zoomed in window to scribble your notes that advances automatically throughout the line and also auto-jumps to the next line. You have to try it to believe it, but it makes writing on an 8" display as simple as jotting down notes with a pen and paper.

The second is MyScript Nebo. I haven't tested it since I have no use for it, but it looks very powerful with handwriting to digital conversion, calculation and diagram support, and much, much more. If I was still a student or I took notes more often, this is the one I'd turn to.

The Bamboo Tip leaves me a little perplexed. I like that it's more precise than a regular large-nib capacitive pen and lets me see where I'm writing/sketching. I also find it convenient to turn on and use on any phone or tablet I own now or might get later, without worrying about compatibility or pairing. However, the lack of palm rejection and pressure sensitivity plus the sound it makes when it hits the display might deter hardcore users who are looking for a proper stylus for sketching, drawing, or note-taking at school or college. 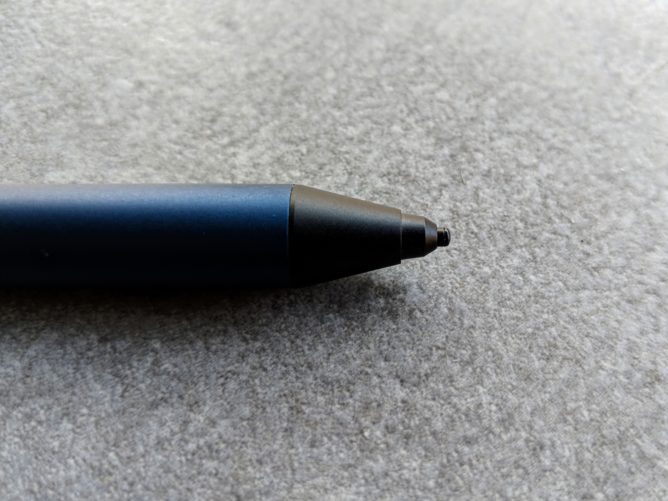 My indecision isn't helped by the price. At $49.95, it's approaching the proper active stylus pricing territory without their benefits, and it's almost double the price of many similar active capacitive pens on Amazon with no additional perk beside the Wacom name. If it had USB-C, came with a couple of additional replacement tips in the box (they cost $4.95 for a pair), or gave full access to the Bamboo Paper app, it would have sweetened the deal a little, but there's none of that. No matter how you slice it, the Bamboo Tip is good but expensive. A $35 price tag would have made it an easier recommendation.

30 languages and multilingual support, routines, and location-based reminders are coming to ...