You might recall the sudden death of the Opera Max VPN service from back in August. It turns out that Samsung somehow acquired it, and it's just been re-unveiled as 'Samsung Max.' The Korean company has given the app a new coat of paint, but it's also made the app worse in several respects. 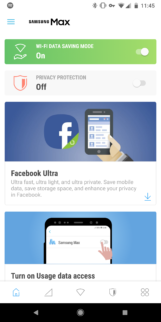 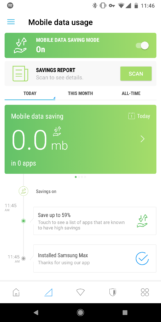 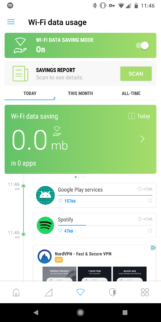 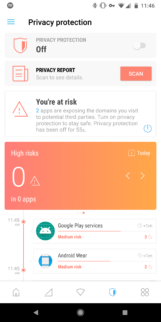 At first glance, it doesn't look like Samsung messed with the app much aside from the interface, which is slightly touched-up to align with Samsung's design language, but there's more than meets the eye. The app still retains its five tabs on the bottom for the navigation, with a Privacy Protection Mode and Data Saving Modes for Wi-Fi and mobile data alike, but the fifth tab for app management is now restricted unless you opt into what Samsung is calling 'Premium mode.' 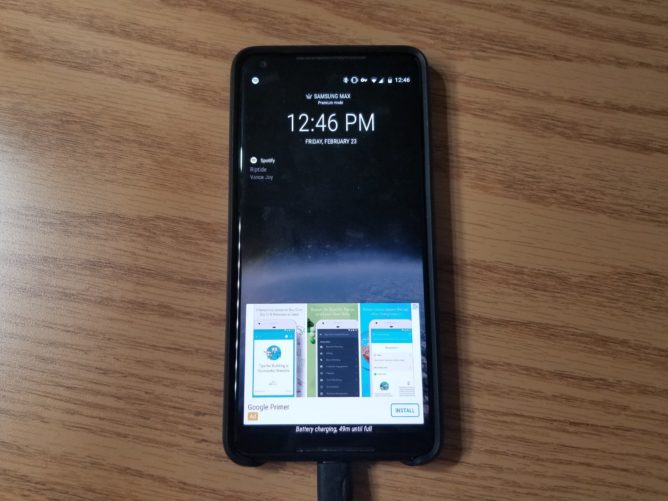 Thanks, but no thanks.

Samsung is pushing Premium mode as a way to reduce the number of ads and get the bonus of an app management feature, but it's honestly pretty crappy once you really look at it. Opera Max never blocked off app management, and now you basically have to enable an ad-filled lockscreen that activates while charging to get rid of it. On top of that, it's just poorly-designed, and you can't change the default space wallpaper for it. Plus, it pushed me a recommendation for 'Facebook Ultra' when I opened my Facebook app. Don't you just love when you get random popups in other apps?

The toggle for Premium mode in the Premium mode section doesn't even work properly; you have to go into settings and disable it from there if you really want to make it stop. Interestingly, if you first install the Opera Max APK and then install Samsung Max, app management isn't blocked off by Premium mode, and the lockscreen doesn't have any ads when you do enable it. 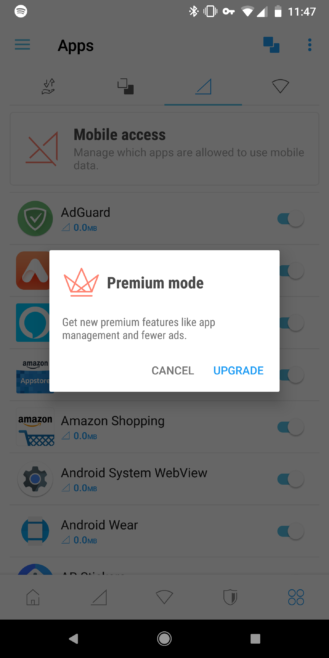 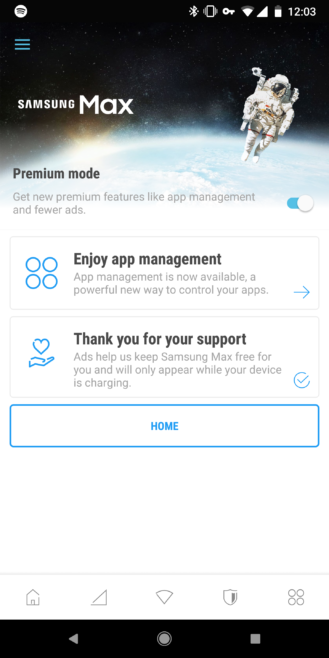 The app is filled with ads, which isn't all that surprising given that Opera Max had the same ads, but Samsung is restricting this to its Galaxy devices to download from the Play Store. Maybe it's just me, but I think it's a bit wrong that Samsung is still serving ads to those who paid up to $1000 for their smartphones. I could understand if the company would limit ads to non-Samsung phones that downloaded the app via a third-party like APK Mirror, but that's not the case. Samsung isn't even trying to disguise the fact that this is a massive money-grab.

Samsung Max is only supposed to be available to Samsung devices, but if you want to install this horrid app for whatever reason, we've got the Samsung Max APK over at APK Mirror. It's still listed under Opera Max for now since the package name hasn't changed, but you can tell Samsung Max apart from older Opera Max builds by the blue icon. It's going to be preloaded on all Galaxy A and Galaxy J smartphones in India, Argentina, Brazil, Indonesia, Mexico, Nigeria, South Africa, Thailand, and Vietnam, which is depressing to hear. Hopefully it can be disabled on those phones; I personally couldn't wait to uninstall this on my devices. It's the kind of app that you just want nothing to do with. 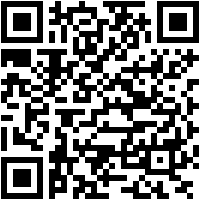 IFTTT has added a Cortana channel, plus a couple of other services