The Moto Z2 Force is Motorola's current flagship device, and the Verizon model started receiving Android 8.0 Oreo in late December. Just a few days later, Oreo reached the T-Mobile variant. For some reason, it has taken AT&T two more months to deliver the update, but it's finally here. 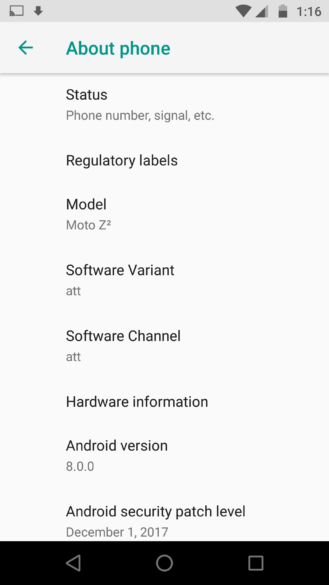 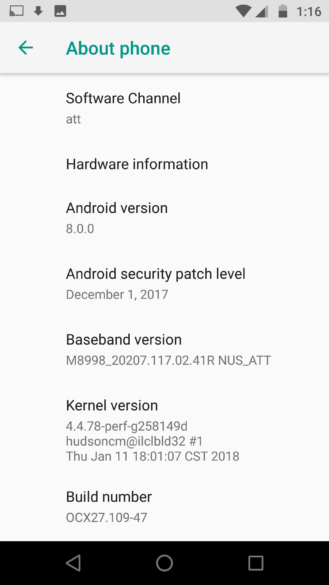 The update started rolling out on February 20, and XDA user simonb255 posted screenshots from his AT&T Z2 Force. The download clocks in at 334MB, and has a build number of OCX27.109-47. Interestingly, AT&T's website says the update contains the January 1 security patch level, but the above screenshots only show the December level.

There are no other changes in this update beyond the normal additions of Android 8.0 Oreo, like the Autofill API and Picture-in-Picture mode. Let us know in the comments if your AT&T Z2 Force has Oreo yet.

Gmail v8.2 prepares to add label for trip-related messages and automatic transfer for ...

Files Go can now back up files to Google Drive