By using a flag that was introduced in Chrome 52, known as #tab-management-experiment-type, it has been possible to force all links from Android apps to open in Custom Tabs. This was especially handy for apps that are no longer maintained. The flag originally had several settings, but over time, that was reduced to two - 'Disabled' (which would turn off all Custom Tabs, but appears to not work) and 'Elderberry' (which forces Custom Tabs for all apps). 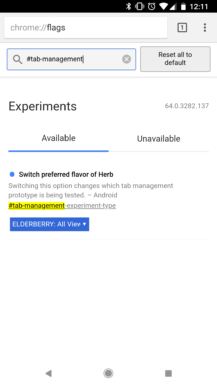 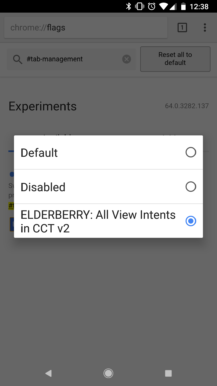 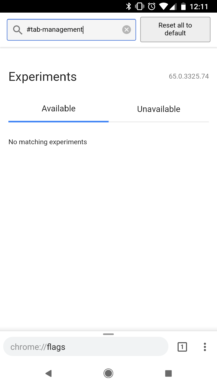 It seems to have been removed entirely in Chrome 65, which is currently in beta. In other words, there is no longer a way to force all apps to use Custom Tabs. I was unable to find an explanation for its removal, and Google doesn't officially comment on in-development Chrome features, so your guess for the reason is as good as mine.

Chrome 65 is expected to be released on March 5 (at least on the desktop), so you have a little over a week left to enjoy the flag.