Samsung's own web browser used to be exclusive to its phones, but that was fine because no one really wanted to use it. More recently, Samsung has stepped up its game and made Samsung Internet a capable Chromium-based browser. After pushing v6.4 as a beta some weeks back, it's now stable with a few more features.

There's a whole Medium post detailing the new update, but let's go over the gist. As we saw in the beta, this version of Samsung Internet has a better download manager. You can monitor downloads from the notification shade, as well as pause and cancel them from there. Files can also be renamed before downloading. Everyone also gets security updates in the new version. 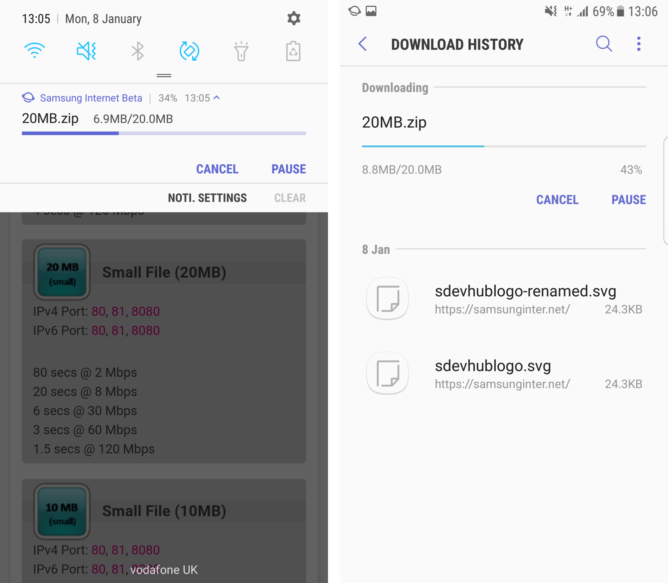 Samsung says Web Bluetooth is enabled by default in this release (it was behind a flag previously). This feature is exactly what it sounds like—it allows web apps to connect to Bluetooth devices. Users in India get access to some exclusive features including ultra data saving tracker (to see how much data Samsung Internet is saving), Cricket scores via an extension, and Unified Payments Interface (UPI). Meanwhile, Chinese users get a special news feed with stories from local content partners.

The new version of Samsung Internet is still rolling out in the Play Store, but we've got it on APK Mirror for immediate installation.

Chrome now automatically cleans up messy URLs when you share them