These days, many manufacturers include some sort of blue light filter or "night light" in their phones' ROMs. Google, Samsung, OnePlus, and some other companies are on the list, and Sony was as well with its "Good night actions" function in Xperia Actions for phones in the XA1 family. However, following the impending Oreo updates, no Sony phone will have a built-in blue light filter. 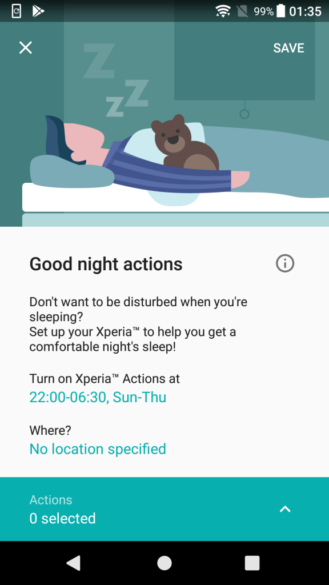 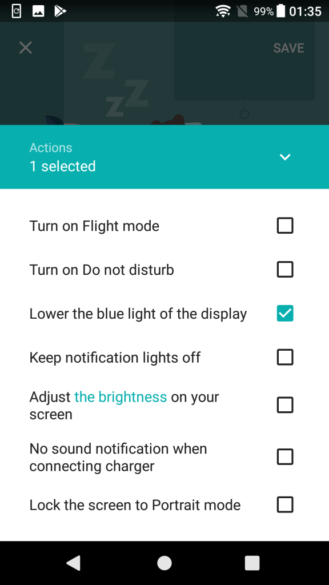 This news comes by way of Sony Xperia's official Twitter account. A Sony owner DMed the account asking whether his XZ Premium would receive the feature, and he was met with a surprisingly detailed answer about the state of blue light filters for other phones as well. Sony's first introduction to this sort of feature came with its "Night Light" mode in the Concept software branch. However, once Sony abandoned that branch, it didn't move it over to the stable branch. The Xperia XA1, XA1 Ultra, and XA1 Plus were able to use a similar feature in Xperia Actions > Good night actions > "Lower the blue light of the display," but that feature is going to be removed with Oreo. 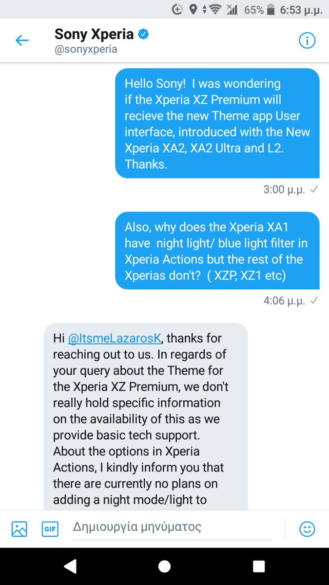 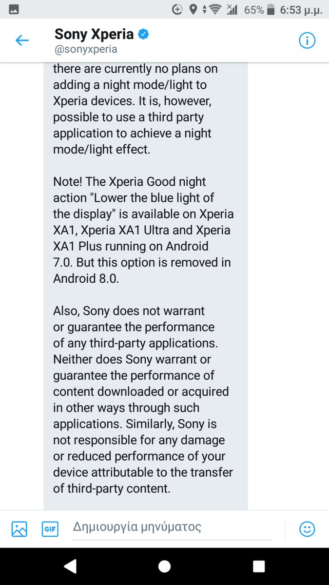 In other words, there will be a total of zero Sony devices with a blue light filter after the XA1 phones are all updated to Oreo. Our own James, who uses an Xperia XZ1, was unable to find any sort of blue light filter after he installed Oreo. It's disappointing news, but if you really need a blue light filter, there are some workarounds on the Play Store that may cover what you're looking for. You can also try this method. In the meantime, XA1 owners can enjoy their filters before the Oreo updates take them away.