It may be true that mobile devices account for more than 50% of all internet usage around the world, but that doesn't mean you're allowed to neglect the desktop segment entirely. Up until now, if your preferred music service was Pandora, you were out of luck if you wanted to listen to Pandora Premium on your desktop. Thankfully, Pandora has just announced they are finally launching their premium tier for the web, catching up with other services such as Spotify. 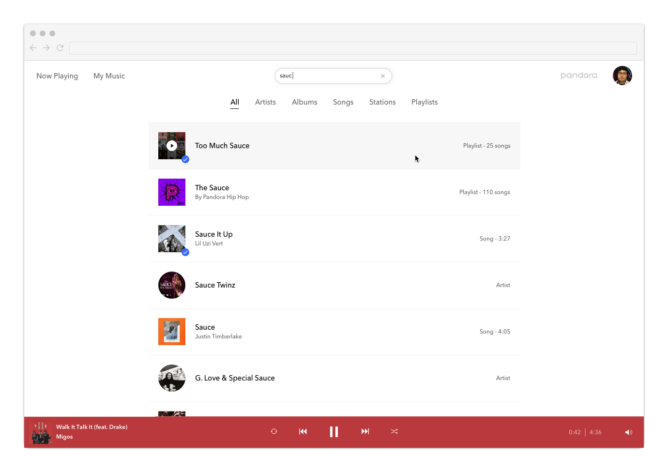 Pandora Premium on the web works a lot like you'd expect from a typical music service: you can search for and play songs, albums, playlists, or stations, as well as create a curated catalog of your favorite tracks on 'My Music.' Pandora is well-known for creating playlists and stations that are tailored to your taste, so playlist features obviously take a front-and-center roll on the platform — users can create one by selecting a couple of songs and then use Pandora's recommendations to add more tracks that match them. 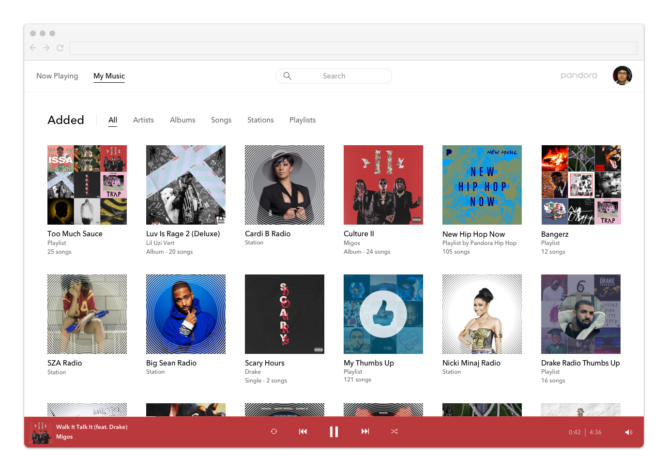 The web interface isn't without its flaws: there's apparently no way to add a track to the queue while you're listening to music, for example. Still, this seems like a good first step and will certainly be appreciated by Pandora fans.