As the name implies, Android Wear is simply a variation of Android specifically tailored to smartwatches. This year's Wear 2.0 update ran on top of Android 7.0 Nougat, and while some components can be updated through the Play Store, the underlying system can only be updated through normal OTAs.

Google released the Wear version of Android 8.0 Oreo a few days ago, and the update started to roll out to the LG Watch Sport and other models. Some of the improvements include customizable vibration strength, a new touch lock option, and support for additional countries and languages. The company has now created a list of the watches that will receive the update:

Watches being updated right now:
Watches that will eventually be updated:

Some of the watches dropped from support include the ASUS ZenWatch 2 and 3, the original Fossil Q Founder, the LG G Watch R/Urbane/Urbane LTE, the second-gen Moto 360 and 360 Sport, and the original Huawei Watch. Those watches will continue to get Android Wear updates (like the recent v2.6 update) through the Play Store, but the underlying Android version will be stuck on Nougat.

Oreo is available on a few more timepieces now

Google has updated the list as the update has become available for four more watches. They are the Hugo BOSS BOSS Touch, Movado Connect, Tommy Hilfiger 24/7 You, and Guess Connect.

Curiously, the Gc Connect which was waiting for the update has been removed from the list altogether. Perhaps it was an erroneous inclusion in the first place.

You can find the full updated list at the source link below.

Android 8.0 Oreo appears to be rolling out to the TAG Heuer Tag Connected Modular 45, even though the list says the watch is still waiting on an update: 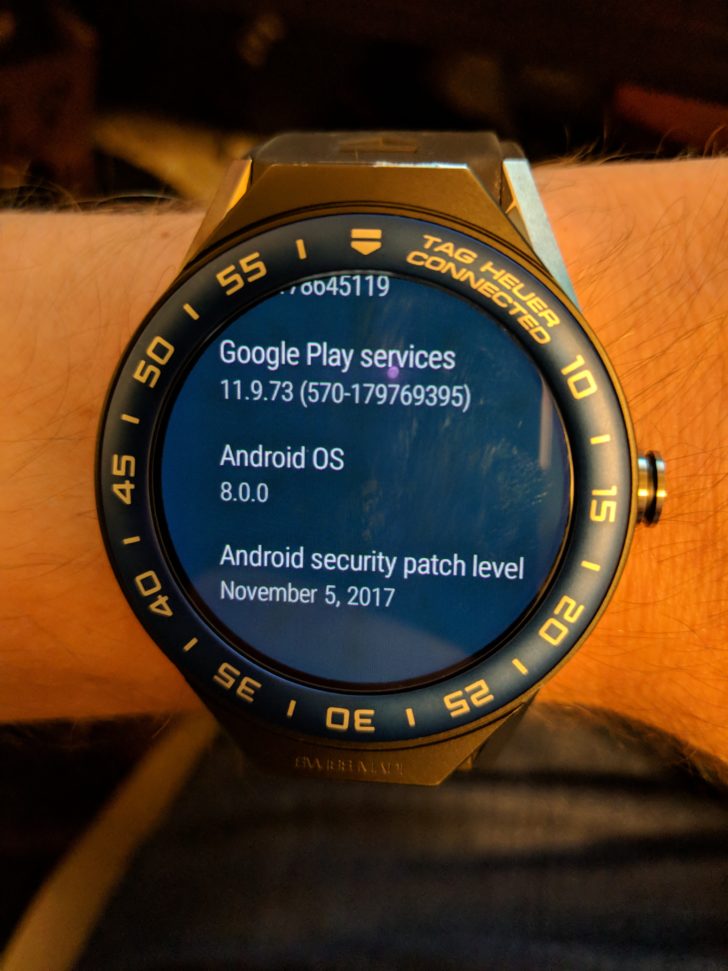 Thanks Jonathan for the picture!

Oreo is now rolling out to the LG Watch Style, according to reports on the Android Wear subreddit and emails we have received. Thanks to Pavel for the screenshots! 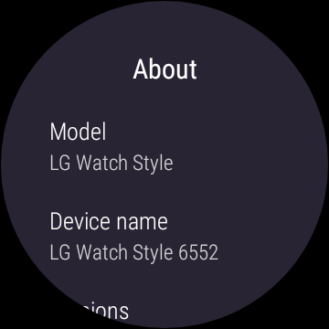 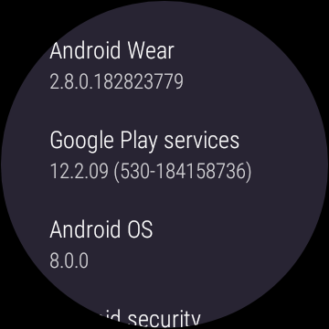 The Nixon Mission is now receiving Android 8.0 Oreo. Thanks Tommy for the picture! 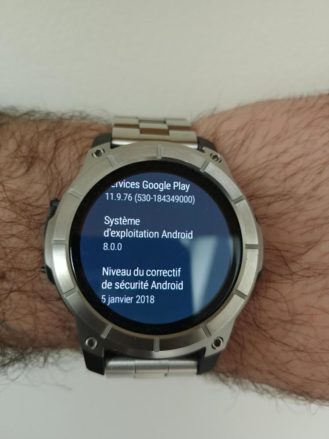 The Misfit Vapor is next to receive the update. Thanks to Oliver for the tip. 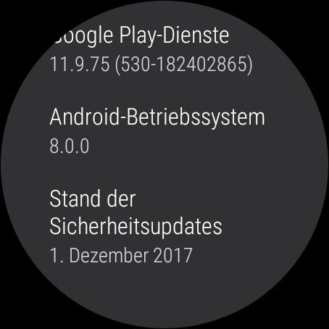 The Android Wear team has posted that six more watches are now receiving Oreo (actually, they say they are "currently pursuing" the update, but we're pretty sure that means it's started rolling out):