It has been a very long time since we last covered Android x86, but the project is still alive and kicking. If you're not familiar with it, Android x86 is a port of Android to x86-based PCs and Macs, with almost no changes to the interface (for better or for worse). The first stable port of Android 7.1 has just been released, so you can enjoy Nougat on your PC or virtual machine of choice. 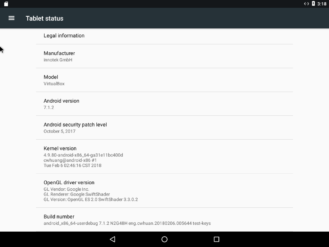 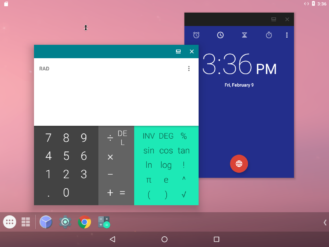 I fired it up in VirtualBox, and once the VM's mouse integration was disabled, it worked pretty well. The developers even included Taskbar as a launcher option, so you can easily take advantage of Nougat's multi-window capabilities. The Play Store works perfectly as well. Unfortunately, there's still not an easy way to disable the on-screen navigation bar.

You can download Android x86 for both 32-bit and 64-bit PCs at the source link below.

The first stable version of 'Android x86 CM 14.1' is also now available from the project. Unlike the above release, which is based on AOSP (stock) Android, this version is based on LineageOS 14.1. More information (and download links) is available here.