Android 7.1.1 is rolling out in an OTA to the Verizon Moto G4 Play and it takes the device from build MPIS24.241-2.35-1-17 to NPI26.48-38. It ups the security patch level to December 2017, including the Krack patch, and also brings all of the Nougat goodies, including multi-window, bundled notifications and quick reply, granular notification settings, a customizable Quick Settings tray, and more. 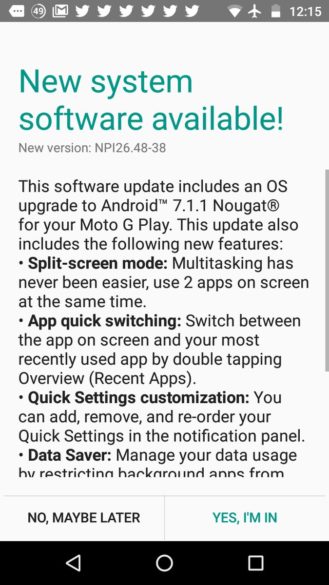 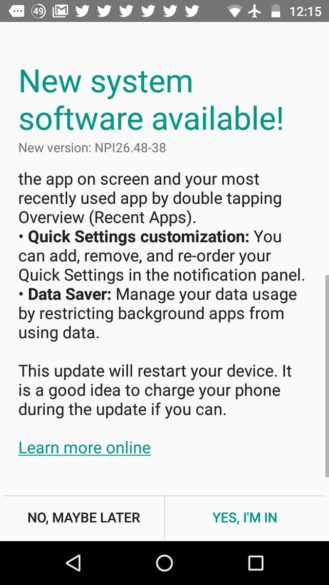 The OTA size should be in the neighborhood of 1GB so make sure you're on a good connection and check for an update. If you don't see it yet, it might be rolling out slowly to users.