It looks like Google Photos may be leaving behind some old versions of Android. The latest update has upped the minimum required API level to 19, which is Android 4.4 KitKat. Photos previously supported back to API level 16, Android 4.1 Jelly Bean. Before getting alarmed, it's possible the Photos team is splitting releases into multiple variants for different versions of Android, much like Google Play services and Google Maps, but I tend to doubt it.

It probably shouldn't come as too much of a surprise to see Jelly Bean falling out of favor, as of the latest numbers, all three versions (4.1 - 4.3) only account for a combined 5% of the Android user base.

Keep in mind that this doesn't mean old versions will stop working, at least not yet. If you or a family member still uses Photos on a device running Jelly Bean, it'll just stop getting updates, but should continue to work for quite some time to come. 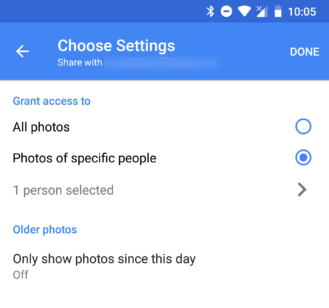 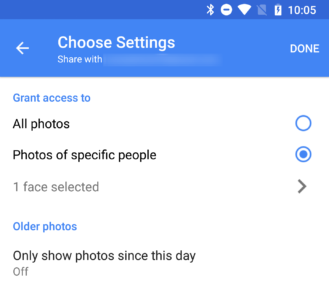 As a quick note, since it is tangentially related to the teardown below, there is one super subtle change if you're looking very closely. The word 'person' has been replaced with 'face' in every string that relates to detection and sharing. It looks like this change was made with respect to pets, which I recently learned, also have faces.

But while we're talking about pets, a new prompt suggests users will have the option to hide pets. Judging by the name of the string, it looks like this is specifically related to hiding pets from shared albums and/or libraries.

On the other hand, this may just be a question Photos might ask if you toggle off the "show pets with people" option in settings, though it isn't appearing when I try it right now.

Carrying forward with the topic of Shared Libraries, it seems Photos may begin asking users if they'd like to share photos from Google Drive. Again, this is relevant to automatic sharing, and it seems to be asking if users want Google Photos to inspect pictures added to Google Drive and share some or all of them with other people. Naturally, if a shared library is limited to sharing pictures of specific people or pets, logically only the pictures from Drive containing those same faces should be shared.

It has been a while since we've talked about Favorites, a fairly normal-looking feature for marking photos you'll look at or refer back to frequently. It first turned up in a teardown back at the end of August, but activity has been relatively quiet since then. However, the latest update adds promo text to explain to users that they've added a photo to favorites and can now easily find it there.

This text isn't important by itself, but promo text like this often signals that a feature is getting close to launch. It could happen with this version, or possibly in an upcoming release, but it probably won't be too far away.

It's times like these that I wish I had hours to spend poking around for easter eggs. Our favorite secret developer, The Notorious A.U.S.T.I.N. is switching things up again for the infamous mysteryer feature.

When we last left off, Austin had a greeting for teardown readers: "Hello Android Police." With the release of v3.14, the message has been changed. Replacing it are four new words that seem entirely unrelated: Robin, Jauz, Brita, and Airplane.

Are these secret coded messages from the C.I.A.? Maybe a Google-y treasure hunt with an awesome prize at the end? Perhaps Austin is just f-ing with us? I can confirm the strings are referenced in code, but sadly, there are other APKs demanding my attention, so I'm not going to embark on this quest just yet.

YouTube TV is getting more channels, new markets, and a price increase