Google launched the AMP Project (Accelerated Mobile Pages) back in 2015 in an attempt to speed up the mobile web. It's had its share of teething problems, but it's mostly been a success with its implementation in Search and the Google Feed. Last summer, it was reported that Google was working on "Stamp," which would combine AMP pages with an interactive storytelling element. That project has now come to fruition, with the announcement of AMP Stories.

Comparisons with Instagram Stories or Snapchat Discover are unavoidable and valid – the former's top-of-screen timer bars have even been imitated by Google's new AMP format. The result is a familiar feeling interface with visually rich, tap-through nuggets of information. Images and text can be used interchangeably depending on the content, and the format has been developed specifically for mobile consumption. 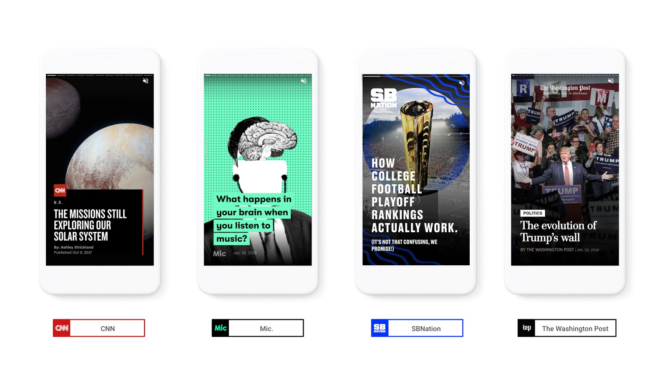 Google has been working with several content publishers to ready AMP Stories for release, with the goal of creating a fast, smooth web-based experience that feels just like a native app. Anyone can build AMP Stories, and it's completely free. Google has a tutorial to help content creators get started, plus further documentation for reference.

To give AMP Stories a try, head to g.co/ampstories and search for a content provider like Wired or SBNation (or any of the others above). In the example I tried, below, you'll see there's a new set of cards for "visual stories" from Wired, with the first one being a handy explainer on AMP Stories and how they work. 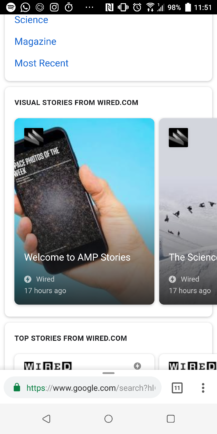 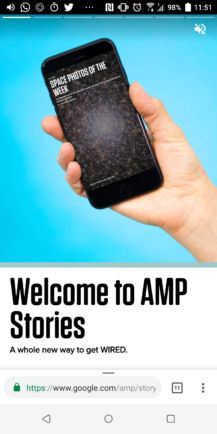 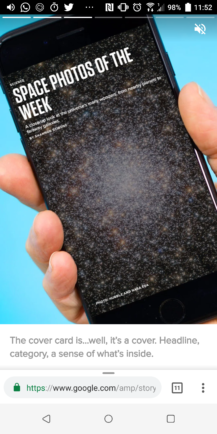 Outside of Search, Google will be expanding the reach of these stories in future, most likely starting with the Google Feed. We'll no doubt be seeing a lot more of them as other publishers start to see a benefit in the rich, visual storytelling AMP Stories can provide.

LG details its Vision AI and Voice AI, which will debut on the 2018 version of the V30