Prime Exclusive phones used to come with a significant discount in exchange for showing the user ads on the lock screen. Similar to its Kindle devices, Amazon offered an opt-out feature for these devices if you got sick of the ads. For a one time $45 fee, you could get rid of the ads forever. Now that everyone is free from the lock screen ads, that could irk people who paid the fee. Here's Amazon to the rescue. 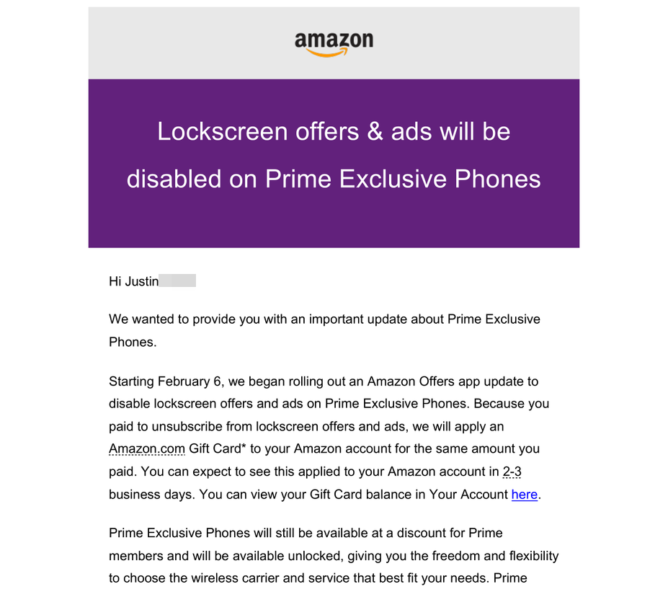 According to an email going out to customers, Amazon will refund the ad removal fee in the next several days. However, that refund will come in the form of an Amazon gift card on your account. So, you have to spend the refund on Amazon. Cash would have been better, but it's nice of Amazon to offer a refund at all. This probably won't affect many people, though. Most Prime phone owners who wanted to nuke the ads just used one of the many available workarounds to do it.