Screenshot button appearing for some users 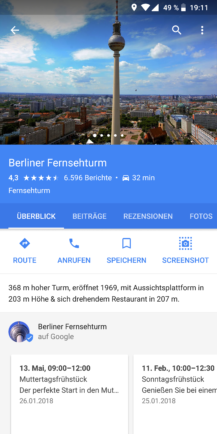 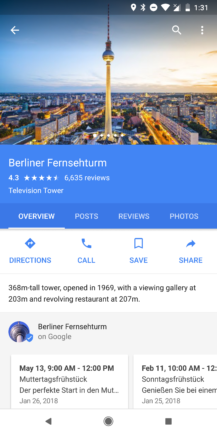 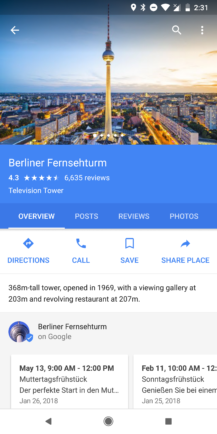 In our teardown of Maps v9.70, there was a short section about some new text for a screenshot tool. Earlier today, we received a screenshot showing that it's appearing for some users. The screenshot button replaces the share button on the far right in the Overview tab, just below the tab strip.

This may be a staged rollout, or the Maps team could be doing an A/B test. Even Marcel, the source of the screenshot above, only has the screenshot button on one of two phones. Whatever the case, it seems that this probably isn't going to be live for most people. – Thanks, Marcel Mayer!

As a quick note, the update to v9.71 changes the text of that button to read "Share place" instead of just "Share." Not an important change, but worth mentioning here since we're already talking about that spot. 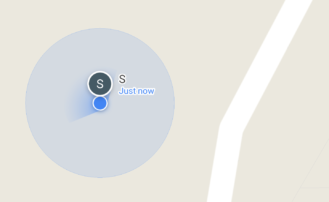 If you're trying to find a friend at an event or waiting for somebody to drive over and meet you, location sharing can be a great tool. However, sometimes it helps to know how long you can count on being able to see where they're at. Some new text in the Maps app suggests it will begin communicating battery level and charging status along with your location.

I've tested location sharing with two devices running v9.71, but it looks like the battery level isn't showing up yet. Since these lines are labeled as accessibility text, they may be used to complement a visual display that includes the battery level and a charging symbol.

Mass transit is fundamentally important in many cities and Google Maps has thoroughly embraced it with an ever-growing set of features to enhance the navigation experience. A few months ago, a little bit of text revealed that it may be possible to select a preferred station near home, likely to make commuting suggestions a bit smarter. The latest update brings text that suggests users will be encouraged to create shortcuts to commonly used stations.

It's not really clear if these shortcuts will be classic shortcuts on the launcher or if they'll use the start screen shortcuts that have been in development for a while. Both make sense, but each caters to a different use case, mostly determined by whether or not a user is already inside of the app or coming to it from the launcher.

Google has been making some cool inroads with navigation through transit stations. The latest big addition was the addition of step-by-step instructions delivered entirely by notifications. It seems a new addition to that system may be a notification that informs users about their arrival along with the exact time.

If you happen to be on your way to a destination, or possibly already there, you may also want to let others know you're there. It seems as though users will also have a simple button to share their trips with others.

If you love mass transit for commuting, get ready to love it a little more... or maybe complain about what's wrong with it. Transit commuting appears to be getting a rewrite. A handful of new lines with "v2" in the name have turned up in the latest release. They aren't particularly revealing of any new feature, they just relate to getting alternative suggestions for departure times and routes to various destinations. Nevertheless, there are changes in the works, so an updated experience may be on the way.

WSJ: Amazon to launch its own delivery service in Los Angeles with plans to expand it to other ...