Chinese tech giant LeEco tried to enter the US market in late 2016 with a variety of Android-powered phones and TVs, but the company expanded too quickly. Just two days later, the CEO admitted that in a leaked memo, and two months later the company halted trading of its own stock due to massive losses. LeEco tried to sell its Silicon Valley property in March, it pulled out of buying Vizio, and 70% of the US workforce was let go.

The new year isn't looking good for LeEco either. Leshi, LeEco's video streaming division, resumed stock trading late last month; shares plummeted 10% within seconds. LeEco chairman Jia Yueting was told to return to China before the end of 2017, but he remains in the US to help Faraday Future (the electric car company he founded) secure additional funding. Sun Hongbin, a Chinese property tycoon who has invested $2.3 billion dollars in the company, is refusing to make further financial commitments. 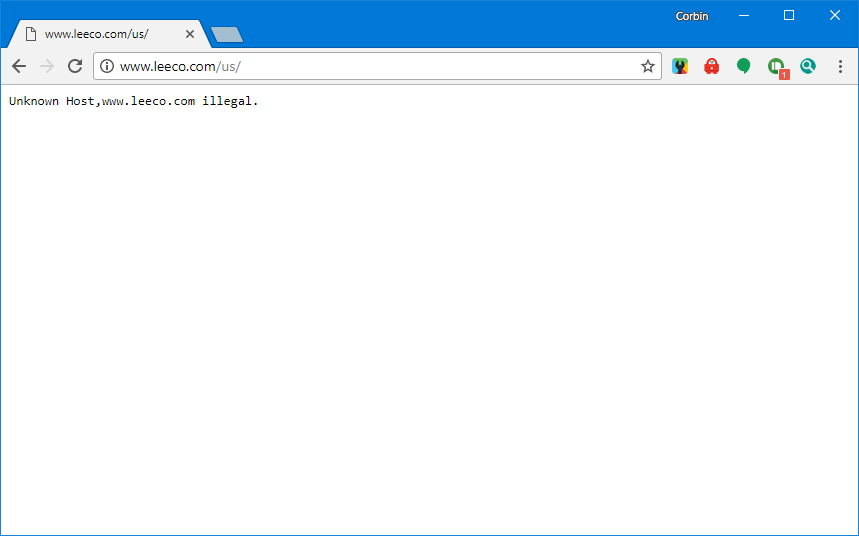 To make matters worse, both the US and Chinese sites for LeEco appear to be dead, with an "Unknown Host" message appearing for visitors. While there's a chance this is just a small technical glitch, the site has been down for over 12 hours at this point. There isn't a message explaining the downtime either, like there was when the US site was unavailable for a week last year.

Whether someone at LeEco pressed the wrong button or willfully took down the servers, it's pretty clear that things are not going well over there. LeEco has too much LeDebt.

Both the Chinese and US LeEco sites now redirect to Le.com, home of the above-mentioned video streaming division. Perhaps LeMobile, the part responsible for making consumer electronics, is going away for good.