As any X-Files fan knows, the truth is out there. And well, the truth is The X-Files: Deep State is an appalling release. Even when you take into consideration that this is a casual free-to-play hidden object game, it's still bad when compared to any of the similar titles found within the genre.

The first clue that this is a thoughtless cash grab meant to take advantage of the nostalgic X-Files fanbase is the fact that the in-app purchases range all the way up to $349.30. And no, that isn't a typo. Though I would like to clarify that price is a calculated cost of multiple special offer bundles purchased at once. The second clue that this game sucks is, well, the uninspired and highly repetitive gameplay that requires zero skill from the player. Add on top some abysmal writing, and a ton of abusive mechanics meant to shake your pockets empty, and you start to see the complete picture.

To begin with I am not a fan of hidden object games. I understand their appeal for the casual crowd, but for me, they just don't ever seem to offer enough exciting gameplay to make them worth the effort. The X-Files: Deep State doesn't stray from the casual design of the genre, but instead leans heavily into it. Of course, if that was the only issue then I could at least be content with this release. Sadly Creative Mobile has included a ton of questionable systems that hound you for your money in order to relieve the purposefully built-in annoyances. You can expect plenty of wait timers, a difficult to earn in-game currency, a bunch of loot boxes, and an ever-present stamina system.

Another large issue I have trouble reconciling is that many of the game's "puzzles" (of which there are only 3 types) need to be repeated ad nauseam to progress. There isn't anything quite like replaying the same puzzle over and over again just to make sure that any redeeming qualities you found are lost in your building hate for such a lazy way to falsely extend the gameplay.

What's really sad though is that there are some intriguing plot points, and the episodic design provides a handful of different stories that could have been worth exploring. But the overall writing suffers thanks to all of the poorly written characters. If you have ever watched an episode of Law & Order: SVU or are familiar with any of the other horrible network TV procedurals out there, you should have a good feel for how The X-Files: Deep State's snarky veteran cop and rookie dynamic plays out. Honestly, it's just painful to read and is nothing like the original X-Files TV show. 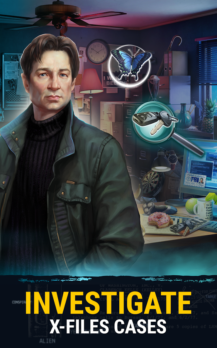 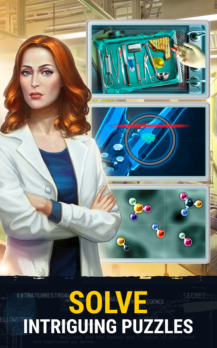 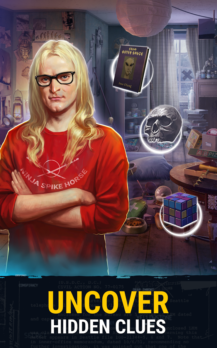 If you removed the X-Files branding from this release, I'm sure no one would have even given this game a second look. But because a high-profile property is attached, one that has a huge cult following as well as a new show that's currently airing, The X-Files: Deep State has gotten some attention. That attention is entirely unwarranted, and I am taking the time to warn each and every one of you that this game is bad in so many ways that I'm befuddled that it was even released. Creative Mobile, you should be ashamed of what you have done with this license. What a waste.