If your home or business is keeping wireless devices connected through a Google Wifi, you'll be getting an update to the companion app today. The new version brings a pair of app shortcuts for those of us using it on Android 7.1 or above, but that's about it for visible changes. A teardown adds to the subject with hints of a new batch testing feature and settings for something called "port opening." 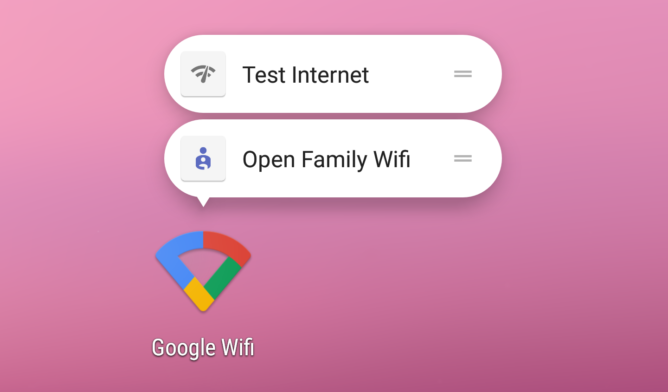 App shortcuts are hardly ubiquitous, but they're getting pretty common. Google Wifi joins the pack with a pair of new shortcuts of its own. The first launches directly into a speed test for your connection while the other opens the family management settings.

Batch test for all devices

The Google Wifi app will be getting a new testing feature that's designed to test the performance of all of your wireless devices at once. At least that's how it looks from new text in the app.

Multiple devices will be tested and a speed will be displayed for each after it is finished. A count of the total devices tested will be shown. It seems it will also be possible for devices to be skipped, probably if they are offline.

I'm curious how this will actually work in practice. A batch test seems like a great tool for determining if network performance is bad in a part of the house, but I'm not sure how quality will be assessed for all devices. Perhaps phones and tablets will only participate in the test if they also have the Google Wifi app installed, and all other devices will be left out.

The latest update to Google Wifi includes some new text and an activity for configuring something called "port opening." No, we're not talking about port forwarding – the practice of declaring a port that's visible to the outside world and mapping it to a device inside a network – this seems to be something else. The app already has settings for port forwarding, so it's pretty unlikely that some developer mistakenly added new terms for a feature that's already there.

I wish I could explain what port opening actually is, but in all the years I've spent configuring assorted networking hardware, I can't recall seeing that term used. I won't venture any guesses, but this could be related to just about anything.

Thanks to digitalcircuit in the comments, it looks like we've got an answer to this one. Port opening is mentioned in a Google support article. The context describes it as being similar in nature to Port forwarding, at least in that it allows users to open a connection to the outside world. However, since IPv6 doesn't use NAT, there are some differences between port forwarding and port opening, thus explaining the different name. – Thanks, digitalcircuit.