Towards the end of 2016, Google introduced an API called App Preview Messaging. It debuted with Allo, where it lets you message anyone regardless of whether they have the app installed. They receive a preview message, handled by Google Play Services, which they can respond to as though they do have the app.

Duo recently added support for this, too, so you could receive and answer a video call from a contact even if you've never heard of the app. Next to add the feature is Google Photos, which now lets you share media with friends or family members who don't have the app via their phone number. This comes with a new UI showing a preview of the shared images or videos.

The new behavior was spotted by 9to5Google, which is actually triggered whether you have the app installed or not. If you don't have the app and someone shares with you from it via your phone number, you'll get a notification from "Google Photos preview" displaying the sender's name, with options to view the content or block the sender if you don't know them. If you choose to view you'll see an explainer prompt, from which you can enter the App Preview Messaging settings to disable it if you so wish. 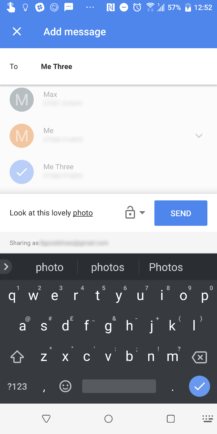 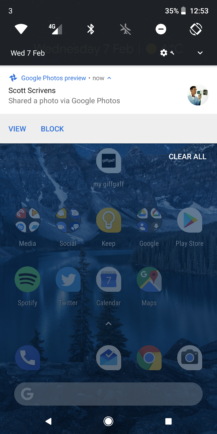 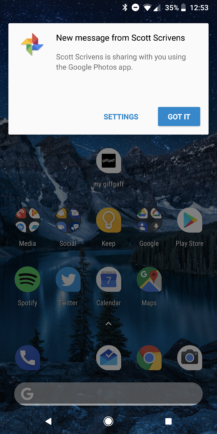 Tap "Got it" and you'll then see the sharing preview as a popup window (below, left). You can swipe to dismiss it or choose "Open App". At this point, if you don't have the app this will take you to the Google Photos website to view the shared media, with a prompt at the bottom taking you to the Play Store to install the app. If you do already have it, you'll be taken straight into the app to view the content you've been sent. 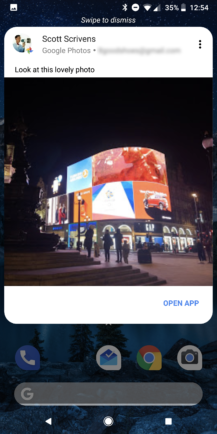 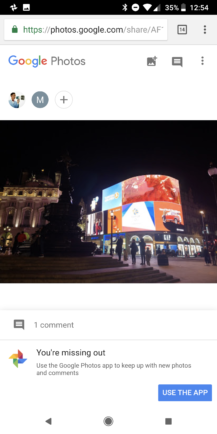 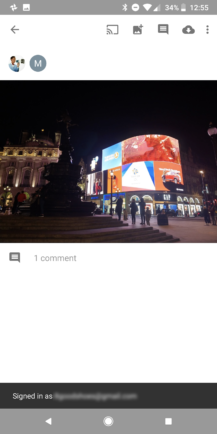 It's a good way of advertising Google Photos and encouraging more users to download it, and we can expect more apps to use App Preview Messaging in this way. The API is still in preview right now, but Google is working with select partners to bring it to more services in the near future.

The X-Files: Deep State is bad, even for a hidden object game