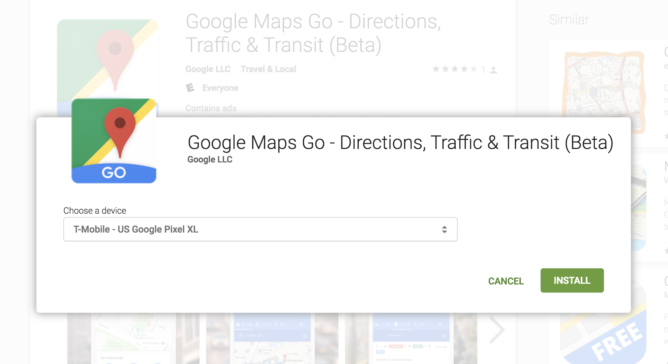 I'm able to confirm that every device on my account (including some pretty old ones) all list as compatible with the latest beta. The APK hasn't changed since the last time we tried, so Google has probably just opened up the listing to more countries and devices.

In use, Google Maps Go is pretty bare. It doesn't provide quite the same level of utility that the full version does. But it's got all the basics: it shows your location on a map, provides directions, and lists your saved places. Still, when you don't have access to a fast connection, it's more than enough to get you where you need to go. 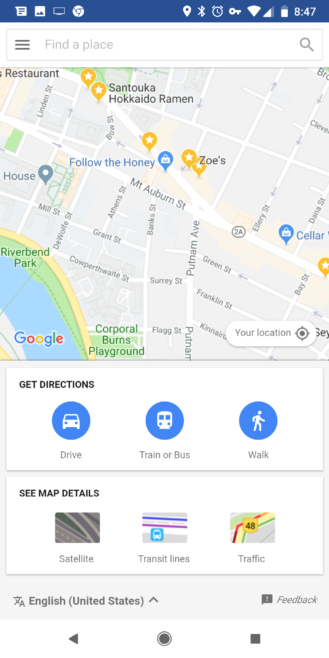 So far we know that the beta/testing version of the app is now available in the US, but it may also have expanded to other countries. YMMV, in this case.

If you'd like to give it a try, be sure to join the testing group before trying to download it over on the Play Store, as otherwise, the app may not list your devices as compatible.

Now available to everyone as an open beta

Rita and I (Scott) have been checking over the last few days and we've finally been able to sign up for the Google Maps Go Beta (in Lebanon and England, respectively). It's compatible with all my recent devices and should be available to everyone in Europe, the Middle East, and beyond as an open beta. So if you fancy trying the lighter version of Maps, head over and sign up to be a tester.