Remember those shortcuts at the top of the Feed in the Google app for things like weather and restaurants? They've been missing from the app for the past week or two. Turns out, their absence isn't an oversight. Google has intentionally removed those shortcuts from the Feed.

If you had worked those shortcuts into your life, it might be a bit annoying to see them go, but here at Android Police, we're actually pretty relieved to hear they're gone. The shortcuts weren't the most useful, and they took up space that can and will be better used. 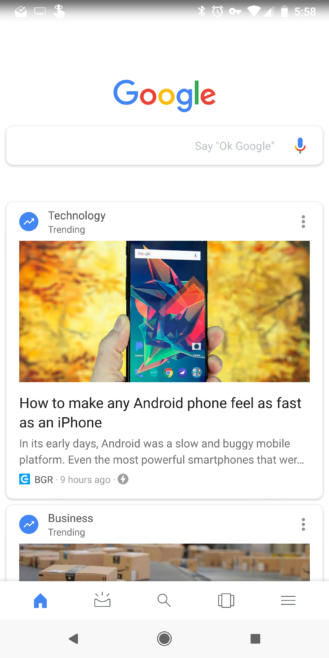 The Feed as it looks now

This change and Google's intention behind it were confirmed in a statement by the Search & Assistant Community Manager on Google's Product Forums. 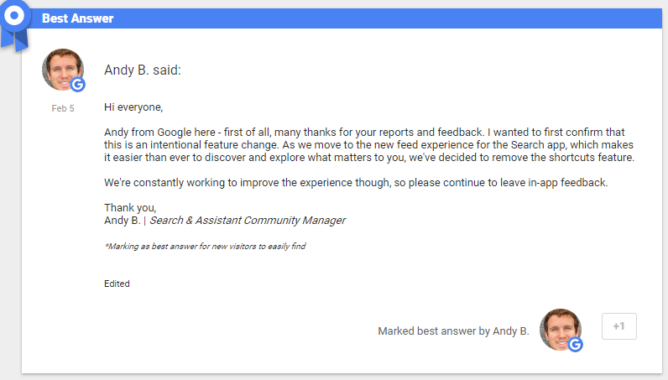 Many of the recent changes to the Google app/Feed layout haven't been too popular—people have been complaining about the types of articles and interests the app selects for a while. Even so, it's still better that the Feed is being actively improved and developed. It could easily go the way of Hangouts or the Google Now Launcher.