The developer Nerf-Game has finally released its challenging 2D auto-running platformer Lost Socks: Naughty Brothers on the Google Play Store. It has been two years since the original iOS release, and in that time it has changed from a premium game to a free-to-play title. Despite the shift in monetization the challenging gameplay and goofy story are just as great as ever.

If you have never heard of Lost Socks: Naughty Brothers before then you are in for a treat. This is a game that revolves around playing as a "lost sock" who must fight his way through hordes of enemies in his search to find his lost brother. An odd story for sure, but one I am sure anyone who has ever lost a sock on laundry day can relate to.

As for the gameplay, well, it's brutal, but in a good way. This is undoubtedly an auto-runner, but that doesn't mean you don't have any controls at your disposal. If you have ever played Rayman Jungle Run, it plays a lot like that. You can jump, you can float for a short amount of time, you can speed-burst through obstacles and enemies, and you can shoot them with a standard gun or a more powerful one. You will, of course, have to use all of these skills in order to make it through each stage with your elasticity intact.

That is why Lost Socks: Naughty Brothers is undoubtedly balanced for the hardcore gamer. Now, that is not to say that the game is unfair or balanced in a way to push for the use of its in-app purchases that happen to range up to $15.99. Sure, you can use those IAPs to alleviate some of the pain by purchasing new weapons or perks before you would typically earn enough of the in-game currency to unlock them. But if you hold true to your ideals you can make it through the gauntlet without spending a dime, which is appreciated

The last time I played Lost Socks: Naughty Brothers was 2 years ago, and while there have been a few changes to the monetization, the vast majority of the content is still just as challenging and enjoyable as the original iOS release. Luckily you don't have to take my word for it since the game is listed on the Play Store for free. So go ahead and give it a try and share your thoughts in the comments below. 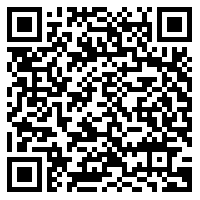