The discussion of each app below will contain a mix of live changes and teardowns – clues about features that haven't yet launched. As always, there may be new features that escaped detection. These posts are not meant to be an exhaustive list of everything that has changed in Google's apps, but just to bring attention to a few of the smaller things that deserve a quick look. Sometimes larger topics may also be included in this post if there wasn't time to cover them during the week. 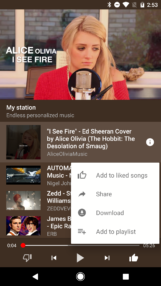 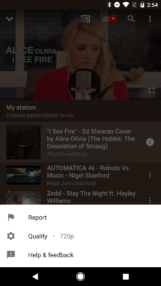 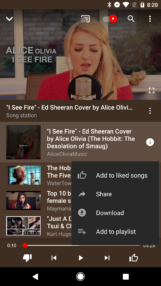 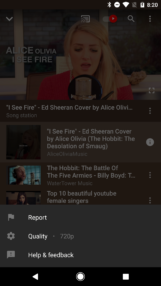 Say hello to the dark ages. Well, the dark menus, I suppose. YouTube Music now has dark menus in place of the white menus we saw in the past. Considering the app has always had a mostly dark color selection, this was a pretty natural change.

YouTube Music is already pretty focused on generating playlists for you based on your listening habits, but it looks like it might be drifting into making playlists based on your location. That's a feature most of us probably associate with the Play Music app, but it's not hard to imagine YouTube is going to introduce it here now that the two apps are merging together. From the sound of it, this is almost certainly the same feature that was introduced back in 2014.

To top it off, we've received a screenshot of the location-based playlists in the main screen. (Thanks, anon!) As you can see from the comparison below, there are also some visual tweaks, including a larger font with a different typeface, and a background image to touch up the carousel of playlists. 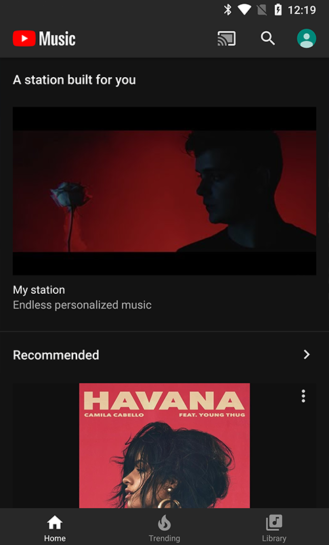 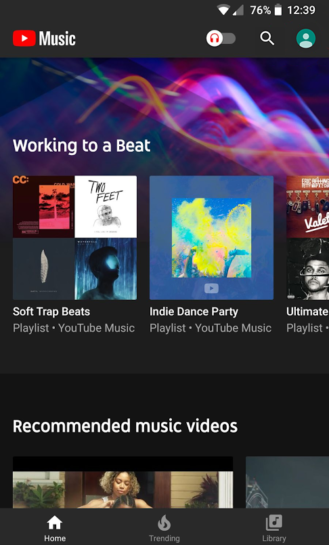 Subscriptions are another familiar feature that's lined up for YouTube Music. Given the emphasis YouTube places on subscriptions, it's almost surprising YouTube Music couldn't do this much earlier; but I suspect it has something to do with the new artist channels, since that's where you'll actually want to subscribe.

We've seen a new 'swipe to skip' line in the main YouTube app that may replace the Skip button. It's not live yet, but the same string also turned up in YouTube Music.

And finally, YouTube Music is going to get a link to "Billing & payments" in the settings screen. Exciting, I'm sure. 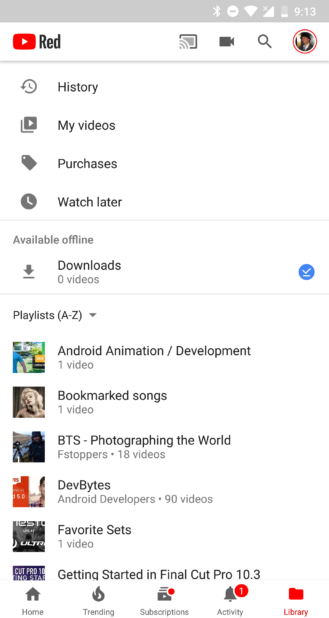 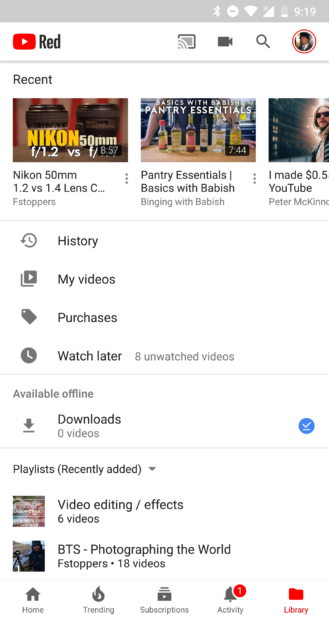 YouTube has been rolling through updates pretty rapidly since jumping to v13, but they've been mostly devoid of visible changes. However, v13.03 did bring a new carousel to the Library tab. It is made up of your most recently watched videos. Of course, you can see the same list, and actually more, by tapping on the History link directly beneath the carousel, but let's not get too deep into analyzing this change.

The watch later list also includes a counter for how many unwatched videos are waiting, which is a good little bonus if you've forgotten to look through some recent additions.

After the Gboard v6.9.4 update rolled out, quite a few people expressed displeasure over a change to the layout of long-press symbols. Specifically, the right parenthesis was moved into a long-press menu with its left-handed counterpart, requiring a gentle slide to the right to select it. The forward slash took its place on the L key, which also held the backslash on its extra menu. 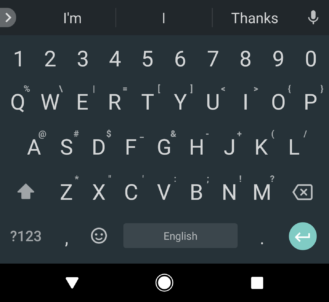 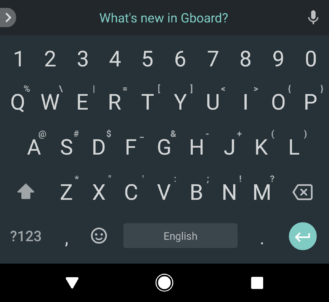 It looks like Google got some feedback about this and quickly reverted the change. The pair of parens are back where they were before, as are the slashes. It's a fairly small change, but evidently it had many critics that will be happy to see it restored to the old layout. 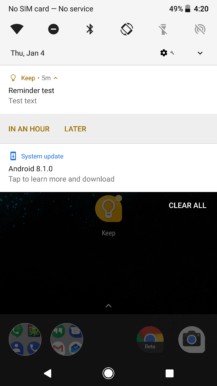 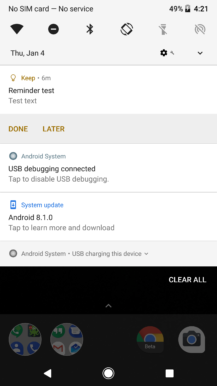 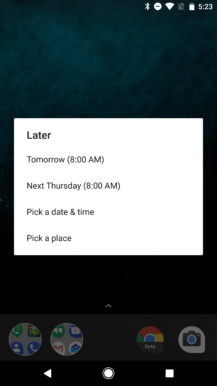 Google Keep got a couple of subtle tweaks. The first was to its reminder notifications, which are now perhaps a bit more useful, or perhaps more annoying. When the scheduled time for a reminder hit, it would pop a notification with two options. In the old version, those options were to snooze that reminder for one hour or to hit "later" and pick the delay. In the new version, the one-hour button has been replaced with a "done" button that marks the reminder as finished. 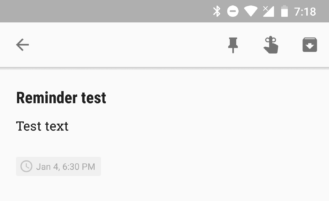 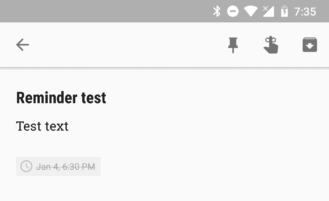 Another much subtler change was made regarding reminders. If you look at the date on a completed reminder, it will now have a line through it. This is visible both on the note page and in the main grid of notes. Definitely a nice touch for making completed reminders slightly more identifiable, even if you have to look fairly close to see it. 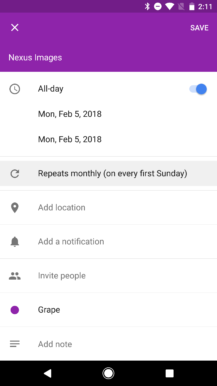 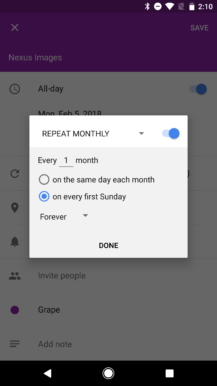 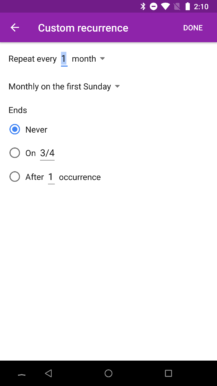 You're not going to get anything exceedingly special out of this update, but the editor for custom recurrences – setting up events to happen on a consistent schedule – was modified in the v5.8.16 update. The old version gave a small floating dialog box, while the new one moves to a full screen. The options look different and have different text, but they ultimately do the same things.

I sorta wish the new screen weren't made mostly of whitespace.

We don't get to see too many changes to the Google Fit app on our phones, but the latest update does add a toggle to turn off a notification that will "increase your speed." I'm not sure if the notification itself is new, but at least the ability to turn it off is. 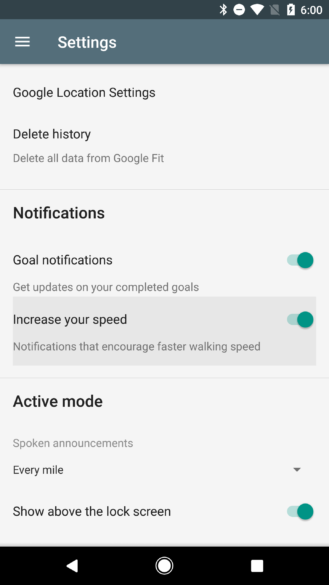 If you'd prefer to have Fit stay out of the way while you're getting in a power walk, the toggle is near the bottom of the Settings screen. Otherwise, leave it on and wait for Fit to casually suggest that it's disappointed with your speed. Go faster, lazy bones!

News & Weather hasn't made headlines for a pretty long time by Google's standards. The last notable version bump was about 6 months ago, but it brought some meaningful changes to the UI. The latest release of v3.4, however, appears to be more of a maintenance update. I'm sure there are probably some bug fixes or tweaks buried in special places, but it's a mostly unremarkable bump. While there aren't any new things to show off, one small clue came out of the teardown that gives away one upcoming change. A toggle was added to the developer debug settings to turn on a news carousel.

I never thought the day would come, but here we are with a teardown of the Cast Receiver app. This is the apk loaded on Android TV devices that handles Chromecast support. This update includes a clue of something I think a lot of people have wanted to see for a long time: Tablet support.

The hints for this are two new flags that identify if the device running the app is considered a tablet, and if it's a large-screen tablet (720dp and above). I wouldn't rule out the possibility that this is only intended for smart displays, which are codenamed Quartz and known to have some fairly large screen sizes. However, there's enough here to at least raise the point.

This is hardly confirmation of anything, but it's at least a hint that Google may enable Chromecast support on tablets, effectively giving them another way to be used. It could even give people a reason to resurrect some of their older tablets. I've tried installing the app to a tablet, but there were no immediate signs that it could be used as a Cast target.

[Deal Alert] Check your email, Google is giving free audiobooks to some people with a Google Home