It has been less than a year since the first ZenFone 4 model was announced, and only four months since various ZF4 variants started being sold in North America. Regardless of the ZF4 line still being pretty new, it appears ASUS is getting ready to announce the ZenFone 5, possibly at Mobile World Congress later this month.

WinFuture has obtained device diagrams for one of the upcoming ZenFone 5 devices, with a model number of 'X00PD.' There are already Geekbench benchmarks from that model name, with a Snapdragon 430 listed as the processor. The main ZenFone 4 model has a Snapdragon 626 chip, so assuming the Geekbench listing is not faked, it's likely this is one of the lower-end variants (like a ZenFone 5 Max). 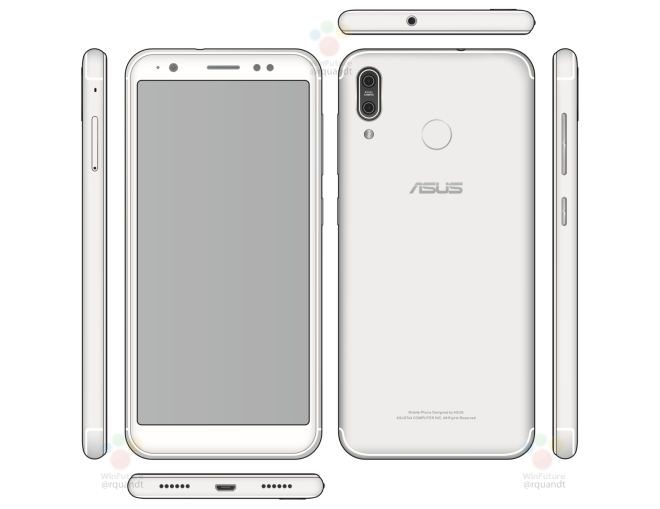 The phone is sporting an 18:9 display, as well as an iPhone-like vertical dual camera setup. There's still a headphone jack (thankfully), and the fingerprint sensor has moved to the back. There is no indication of software keys being present, so either ASUS is finally moving away from capacitive navigation buttons, or the render is missing some details.

The phone will reportedly come with Android 8.0 Oreo, which means Project Treble would be included. Annoyingly, ASUS has still decided to go with a microUSB port, but maybe other variants will use Type-C.