Exporting your saved passwords from desktop Chrome has been possible in one way or another for years. However, the feature has always been missing from the Android browser - until now. Google is now testing the ability to import and export passwords straight from Chrome on Android, but only the latter function seems to be working right now.

On the latest builds of Chrome Canary and Dev, there are new flags for importing and exporting passwords. These are #PasswordImport and #PasswordExport, respectively. Once enabled, a new overflow menu appears on the 'Save passwords' section of Chrome's settings. Once you tap that, you are prompted for your lock screen PIN/password/pattern (or fingerprint). 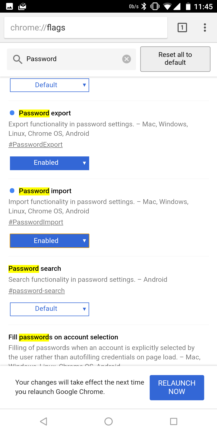 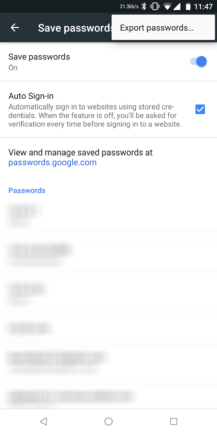 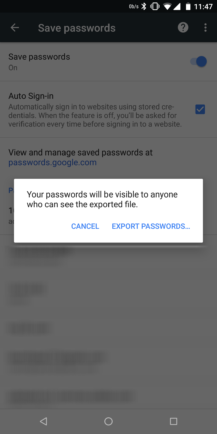 Chrome will then save your passwords to an easily-readable spreadsheet file, in CSV format. Presumably, the option to import said files will be added to that menu soon. There's also a new search button if you enable the #password-search flag, but that only appears on Canary for now.

There's no telling when this feature will reach Chrome stable, but it probably won't be before v65.