A few weeks back we reported that TiVo support for automation service IFTTT was inbound, and enthusiasts would be able to integrate a whole new set of applets into their workflow. Well, that day has arrived, and the new applets even include limited Alexa and Google Home integration. Wiser heating systems have also received IFTTT integration.

Wiser, for the unfamiliar, is an electronic heating solution by the British company Drayton, sort of like Nest's thermostats. And, like Nest, it now sports IFTTT integration—though, admittedly, with much fewer applets. 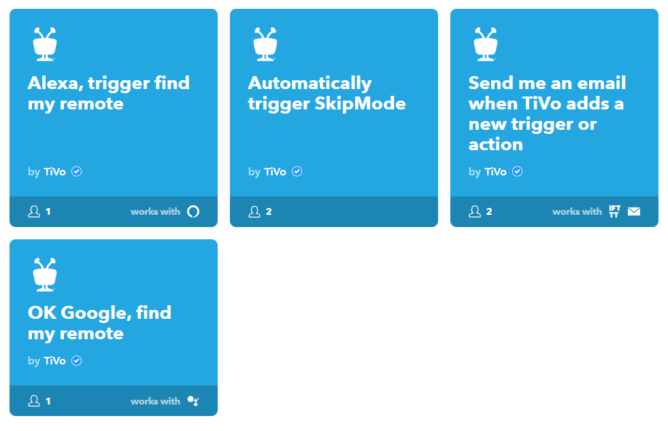 TiVo support is likely to be a bit more popular, but it's even more limited, with a grand total of four applets as of now (two of which are pretty much the same). Still, being able to find your remote via the Assistant or automatically skip commercials in supported shows will be useful, and more will likely come.

If you're ready to give either of these new integrations a try, they should both be live over on IFTTT's site:

If you'd rather set them up on mobile, you can install IFTTT over at Google Play or APK Mirror. Happy TiVo-ing.