There are a lot of industries where the number of the week in a year is as significant as the day of the week. Up until now, Google Calendar's desktop site hasn't actually shown that information natively, which was a bummer for those that might have needed it. But, that particular omission has now been remedied, as Google has added a setting to show week numbers on the desktop site for Google Calendar. 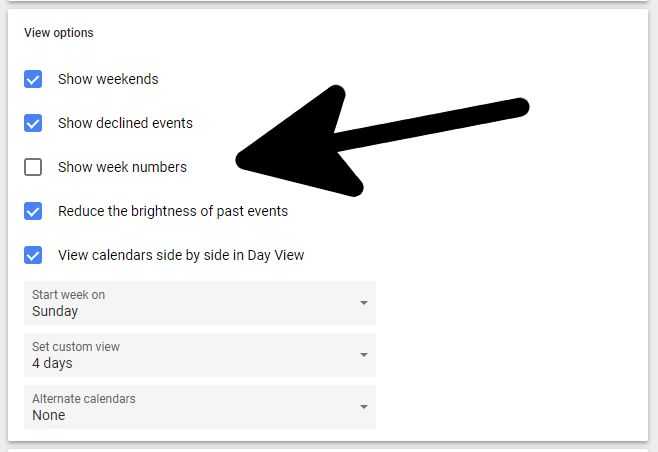 The new option is in Settings (open the cog icon at the top left, select "Settings") -> View options -> Show week numbers. Previously to get week numbers to appear you had to use a workaround like importing a custom calendar, and even then it didn't look quite so nice as this new setting.

Week number has been available on the Google Calendar app for Android for a bit now, so it's nice to see the desktop site getting the same feature.