Truly wireless earbuds are fast becoming a crowded space, and it's getting tougher to discern who the big players really are, and who's just the latest to try and cash in on the next trend in personal audio. Enter the Zolo Liberty+.

Zolo is the audio sub-brand of Anker, the company famous for its battery packs, chargers, and mobile accessories. The Liberty+ are its second true wireless earbud, following up on the original Liberty. The Liberty+ feature a charging case with a larger battery (up to 48 hours of additional playback), an uprated wireless radio with support for Bluetooth 5.0 (though Bluetooth 5.0 doesn't really do anything to improve the experience), and "graphene-coated" drivers, which I'm going to take Zolo at its word on being a desirable product feature.

I've been using the Liberty+ for a couple of weeks now, and they could be worth your attention if you're in the market for truly wireless buds. Robust connection strength and a high-capacity charging case make them stand out in the space, and while the Liberty+ aren't the most comfortable or best-sounding wireless earbuds I've used, they don't have any annoying A/V sync issues.

The Liberty+ are also some of the more affordable premium true wireless earbuds out there, coming it at just under $150. 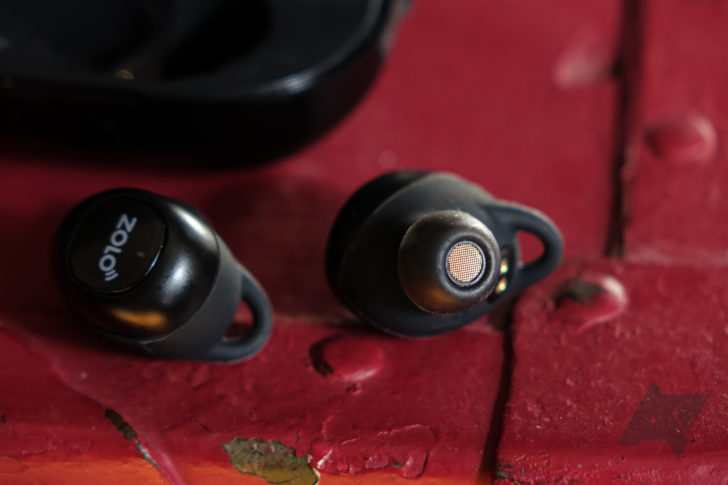 The Liberty+ are reasonably comfortably among the wireless earbuds I've tried, though I did find the fit rather finicky at times. The Liberty+ relies on getting a seal against your ear canal if you're going to get any kind of bass out of them, so that means finding just the right ear tip size to get them in there. But I just couldn't find a set that managed to do so consistently. Even when I did manage to get a seal, five minutes on the treadmill managed to unseat them, and I'd be twisting them around in vain to try and get them back in there.

That said, they're still pretty comfortable. The Liberty+ are light, and that means you barely notice they're there most of the time. I think that's one of the real undersold advantages of truly wireless earbuds - good ones basically disappear in your ears. It's like the sound is just coming out of thin air. While they're not quite as light on my ears as the Bose Soundsport Free (which use a non-sealing hybrid design), they're surprisingly close.

The Liberty+ feature physical buttons for controls (you press in in the earbud housing), but I found them not worthwhile to use in practice. It's easier to adjust volume and mess with track controls on my phone - trying to do this with the earbuds while I'm at the gym can unseal them, and just feels weird in general. I prefer well-implemented touch and swipe controls, personally, but that's not always easy to get right, either.

When you can get a seal, the Liberty+ sound... OK. I wouldn't say they're significantly better than the Jaybird Run or Samsung's Gear Icon X 2018, though. There's some actual bass response, and the sound signature is tight - not muddy or sloppy. Still, there's something about the Liberty+ that just feels a bit... lifeless to my ears. Highs are crisp, but mids come through without much energy or soundstage, and the result is audio that I would characterize as a bit one-dimensional.

When you can't get a seal, the audio goes from decent-but-dull to thin and flat. The detail is still there, as is the noise, but when you don't have the bass there to stand up to that powerful, blaring treble, they're just not very enjoyable to listen to. Still, for all the complaining I'm doing here, you should know that the Liberty+ still sound pretty good for a product of this type. This isn't an easy thing to get right when you're working with such a compact, electronic and battery-filled enclosure, and I think Zolo has done a decent job.

For working out, the sound quality is totally acceptable - if you can consistently get a seal with them, because at that point you're actually getting some bass to go along with all that reasonably-detailed racket.

Connectivity has been a real strong point on the Liberty+, with an uprated Bluetooth antenna (compared to the standard Liberty) providing a very stable and reliable connection with my phone. Most truly wireless Bluetooth earbuds have issues with dropping and cutting if you put your phone in the wrong pocket or grip it the wrong way - the Liberty+ have been rock solid for me here. I'm also happy to report that A/V sync is the best I've ever seen on a wireless earbud, with basically no perceptible delay when using my Pixel 2 XL. 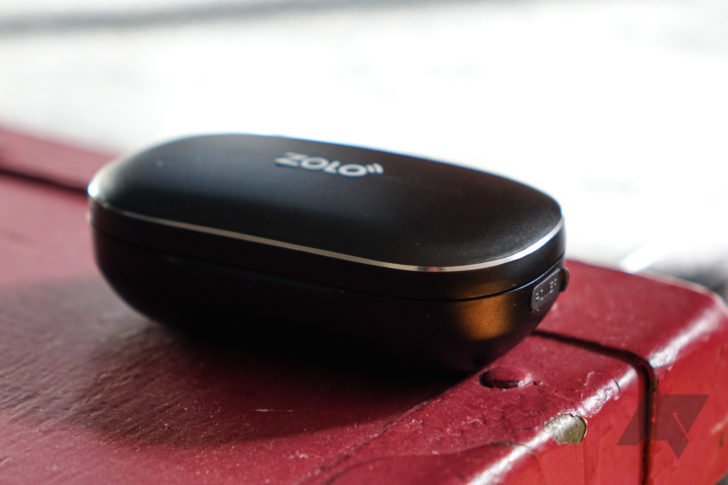 Zolo's estimate of 3.5 hours is probably closer to 2.5 to 3 for most people, and that's about what I was on a trajectory for based on my time using them. That's a bit worse than a number of Zolo's competitors, but earbuds of this type tend to be most popular for use in the gym or otherwise for shorter bursts. The nice thing about truly wireless earbuds, too, is that the very-necessary carrying case can recharge them. Zolo says the Liberty+ case can provide "up to 48 hours" of additional listening time, which to me suggests you can recharge the Liberty+ with the case over a dozen times. That's a lot more than any other truly wireless earbud.

The case itself is made of metal, which feels premium, but also quite heavy. The magnetic clasp that holds it shut is not easy to open, and the earbuds sit ridiculously deep inside the case. This makes taking them out, and seating them properly on the charging pins, needlessly difficult. Removing them is the bigger annoyance, because I have over and over again had the following issue occur.

So, you go to take the earbuds out and, being finicky to remove, you accidentally drop one and it falls back in the case. The thing is, the moment the earbud unseats from the charging pins, it turns on and starts trying to pair to your phone. When it falls back in the case and hits the charging contacts again, though, the earbud turns back off. By the time you go to fish it out again, the earbud hasn't had enough time to reset the automatic-on trigger, so when you do manage to pull it out, it's powered off. Because the earbuds aren't connected by a wire, that also means you have to power them on individually at that point. This just takes time and is a hassle. I love taking my Bose SoundSport Free out of the case and having them paired before I can even get them in my ears. Ideally, the Liberty+ work the same way, but in practice, I am often forced to power them on manually, which is just a step I don't want or need to deal with.

The Liberty+ are a good choice for a truly wireless earbud in their price bracket, but they aren't without compromise (as is every product in this segment, for the moment). While they don't sound nearly as good as the Bose Soundsport Free, fit as snugly as the Jaybird Run, or have the simple touch and swipe controls of the Gear Icon X 2018, the Liberty+ aren't downright bad in any important sense, and they're cheaper than most of the competition.

At $150, the Liberty+ may strike the right balance of value and practicality that many people are looking for before taking the plunge into the truly wireless earbud world. Sure, they aren't the best in all but a few, rather specific regards, but on the whole, they're capable and competent. There's no big pitfall, no fatal flaw. They're also sweatproof and have a neat little feature that plays audio from the microphone (so you aren't deaf to the world).

You can pick them up from Zolo's site soon. 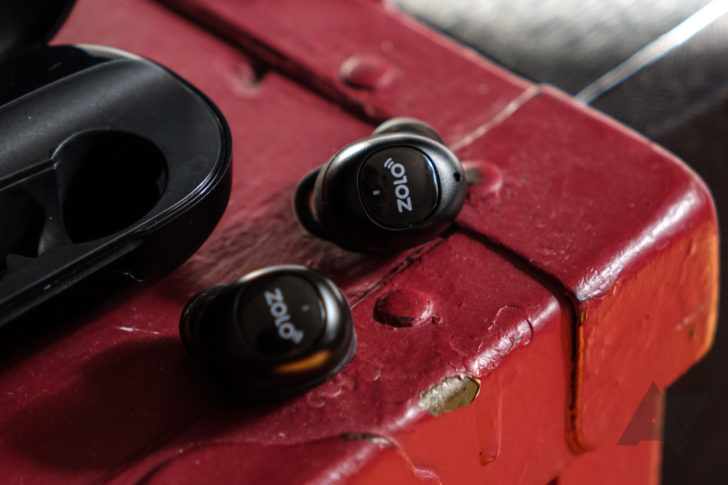