Google Assistant's language support is beyond confusing. I've been covering it for over 6 months now and I still don't understand why a language could work in one version of Assistant but not another. Take Hindi for example. It works in Allo, but not in other instances of Assistant like the main one on your phone. That's changing though now.

If you have your phone's language set to English - India, you'll be able to activate Assistant by tapping and holding on the Home button on any Android 5.0 and above phone (tablets probably won't work as they only support US English for now). I'm not sure if this part is new, but what seems to be new is the fact that you can talk to Assistant in Hindi and it will transcribe your request and answer you back. Curiously, if you type the transcribed words manually, it fails to answer. (I did that to test it on my phone since I can't speak Hindi.) 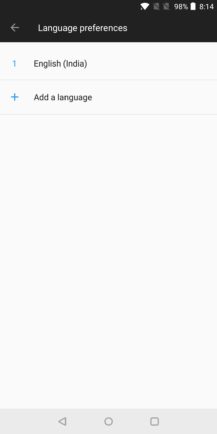 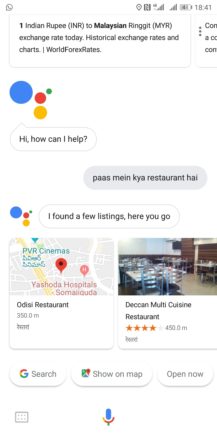 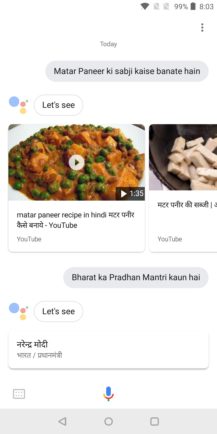 You need to have English (India) as your first language.

The Google Assistant support page still doesn't mention Hindi as a supported language, and technically if your phone's main language is set to Hindi it won't work and you'll get the screen search when tapping and holding on the home button. But with this little workaround, you can get it to answer your questions in Hindi. Neat.

As for the second part of the news, we have to travel quite north of India to Russia. We've known that Google is beta testing Assistant support in Russian for a while, but now we have one more confirmation that it's almost imminent. Actions on Google, the developer side of Assistant that lets devs add support for their services and apps, now lists ru-RU as a supported language. That means if you're making an AoG app or integration for Assistant, you can now set it to work in Russian as well as all the other previous available languages.

YouTube's offline video downloads are rolling out to more countries