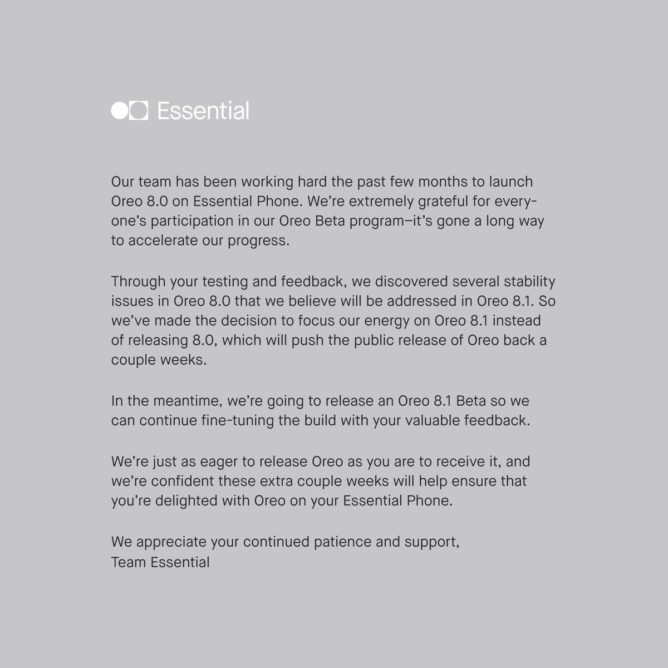 The move is a relatively small surprise, as Essential is not the only Android device maker experiencing difficulty with delivering a stable 8.0 update. The Xiaomi Mi A1—which is an Android One phone—has seen the 8.0 update release paused twice as Xiaomi attempts to iron out bugs with their implementation.

Overall, it is preferable that Essential not push an update they know to not be stable to the owners of the PH-1, though it seems slightly peculiar that the company led by Andy Rubin is having difficulty with software.