It's not a stretch to say that Chromecast support was the single most requested feature in the Adult Swim app. For years many people, including myself, have been lamenting the lack of Google's streaming integration in the service. And now, finally, it's here. As of today's update, you can stream Adult Swim content from the app to your Chromecast, and they've even added a Twitch-style live chat system for specific content. This is the best news so far this year.

Just in case you aren't familiar, Adult Swim is the night-time equivalent of Turner Broadcasting's Cartoon Network. As the name would imply, it's geared more toward adults, broadcasting shows such as Rick and Morty, Hot Streets, and Aqua Teen Hunger Force. In addition to cartoons, it also has some great live-action content like The Eric Andre Show. At its simplest, Adult Swim is the distilled millennial irreverence of every one of its viewers, and living without it as a cable cutter has been terrible. 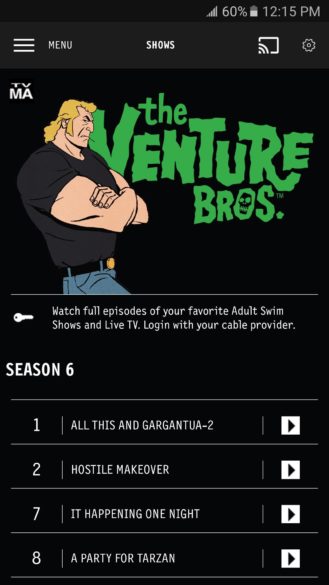 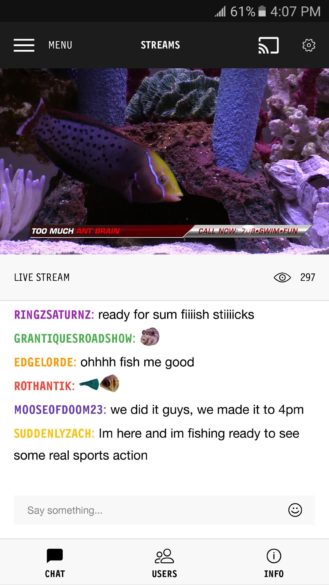 Note the Chromecast icon in the top right of both images and the live chat in the right image.

I tested out the Chromecast feature, and it works entirely as you'd expect. You select the content you want, tap the Chromecast button in the top right, and you're off. It even works if you aren't a cable subscriber, like me. The only caveat is that you can't access all content like the feature episodes section, and we have to deal with ads. Still, that's a small price to pay for free content.

As a cord cutter whose only desire in the televised world was à la carte streaming Adult Swim service, I'm so happy right now. 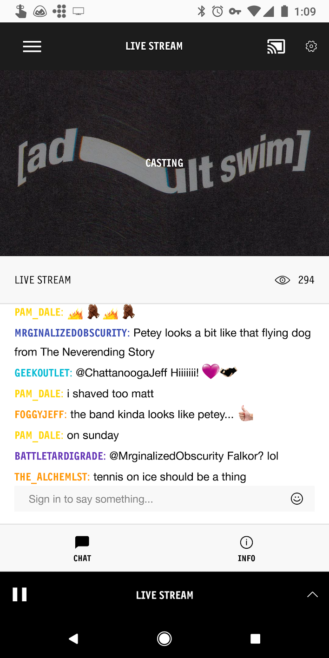 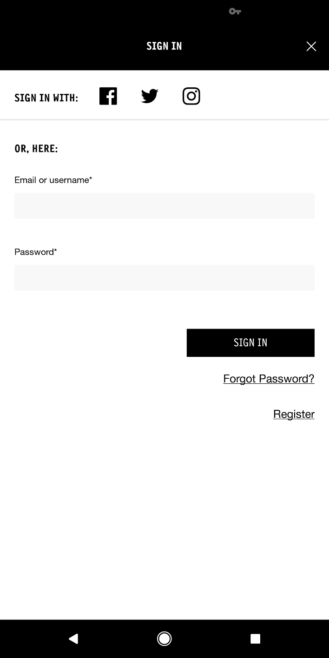 The live chat system that was also added in this update doesn't seem to have devolved into Twitch-like anarchy just yet either, which is surprising. To use the chat you can either sign in with Facebook, Twitter, or Instagram, or you can register an Adult Swim-specific account.

The update that adds both these new features (Chromecast support and live chat) is live on the Play Store, though you can also download it over at APK Mirror. Every smartphone-wielding human being should go download it right now; marathons of eleven different shows are running as we speak, including Rick and Morty, The Eric Andre Show, Squidbillies, The Venture Bros., and ATHF.

Alternate title: It took Adult Swim longer to add casting to its app than it did to make a third season of Rick and Morty.