Several news outlets in China have shared the below image, which supposedly came from Xiaomi (I was unable to find a public post from Xiaomi about this). We have reached out to the company to determine if it is legitimate, and we will update this story when that happens. It has been almost exactly one year since the Mi Box 3 was released, so it makes sense that a new model would be on the way. 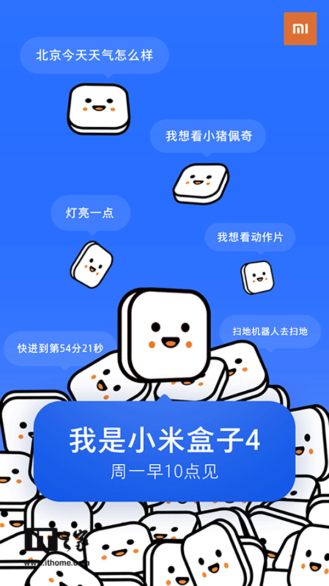 The image depicts Mi Boxes saying phrases like, "What is the weather today in Beijing," "Turn on the lights," "I want to see an action movie," and "Tell the sweeping robot to sweep the floor." The large box in the center is saying, "I am Mi Box 4, see me as early as Monday at 10:00." In other words, it will be announced on January 29. According to GizmoChina, the Mi Box 4 is expected to include AI that monitors the user's watching habits, in order to recommend content.

Only time will tell if the Mi Box 4 will see an international release, like its predecessor. As mentioned above, the Android TV-based Mi Box didn't receive great reviews, and the company still hasn't updated it to Android 7.0 Nougat.