People are downloading more apps than ever. According to App Annie, the Google Play Store saw over 19 billion downloads in Q4 2017, with year-over-year growth at 10%. That's around 145% more than the Apple App Store, which garnered around 7.7 billion downloads. That being said, the App Store still blew the Play Store away in terms of revenue. 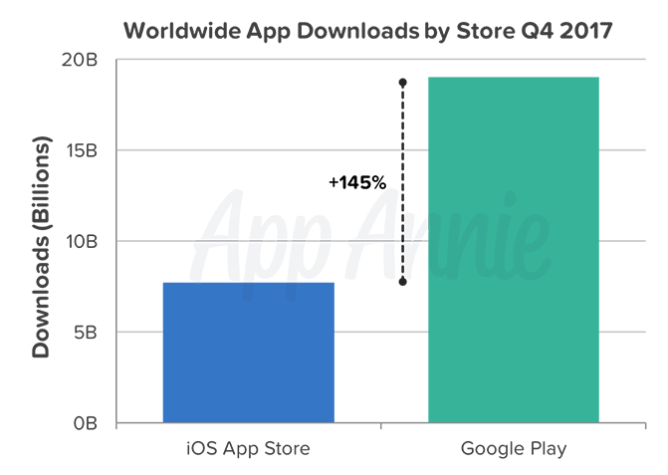 That 19 billion figure is only made more impressive when you realize that it only includes new downloads, not reinstalls or app updates. Emerging markets, specifically India, Indonesia, and Brazil, made up a big portion of the 10% year-over-year growth. India even surpassed the US for combined Play Store and App Store downloads in 2017 thanks to India's record download figures in Q4. The three most popular categories on the Play Store for the year-over-year category were Games, Finance, and Personalization, and they all grew in Q4. Finance is expected to continue to grow in Q1 2018 due to the impending tax season in the US and banks' increased amount of interest (pun not intended) in mobile apps. 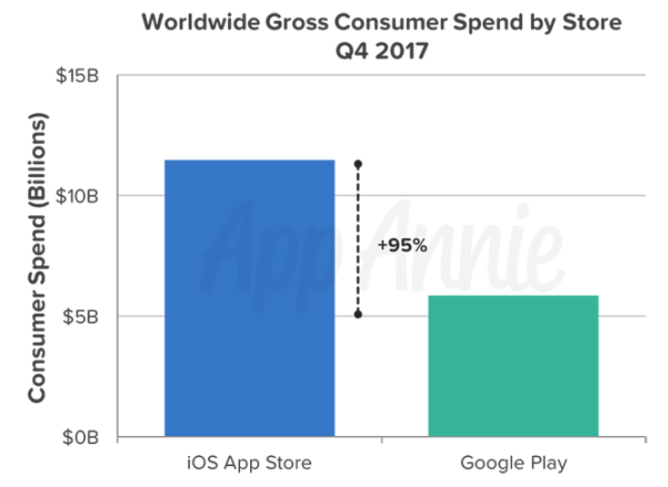 If you'd like to read more about app figures for 2017, you can download App Annie's full 2017 Retrospective for free here.

No, OnePlus is still not sending your clipboard data to China