Google launched new Pixel phones a few months ago, but the 2016 Pixel phones are still solid devices. They're faster than many phones, and the camera performance is incredible. Google hasn't discounted the last-gen phones very much, but there are some cheap refurbished units available on Daily Steals. We've also got some coupon codes to make them even cheaper. 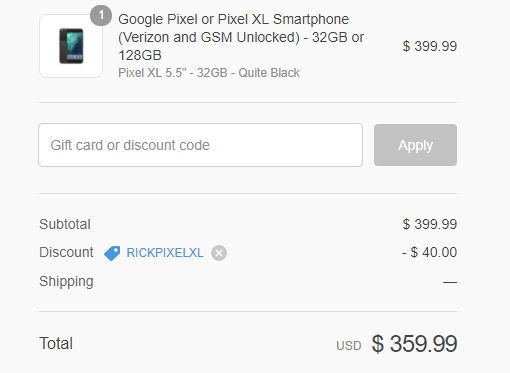 You can use the coupon code to get discounts on multiple phones, but you can't use both codes in the same transaction. The phones on Daily Steals appear to be Verizon models, but they're still unlocked for all carriers. The only difference is you can't unlock the bootloader. The phones have a 90-day warranty. In addition, you can get a Lifeproof water-resistant case for the Pixel (not Pixel XL) for $17.99 after coupon code PIXELPROOF.