It's common to open the Play Store client on your phone and then immediately zip over to the "My apps & games" section via the navigation menu. What about subscriptions, though? Google is apparently adding that as a navigation item for some people right below the app shortcut. That's faster access for those with subscriptions and a reminder that subscriptions are a thing for those who don't.

Google has played with various ways to show subscriptions in the Play Store. For some users, it has appeared as a tab in the My Apps screen. Giving it a prominent place in the navigation menu appears to be new, though. It shows up there for our tipster, even though he has no active subscriptions. 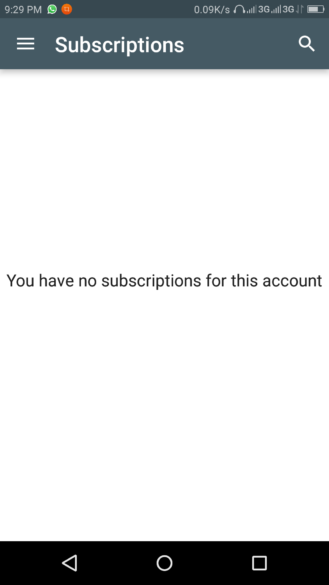 As with so many things in the Play Store client, this is a limited test that Google could choose to end at any time. You may never see subscriptions in your nav menu, but maybe it'll hit whatever internal metrics Google has deemed appropriate and become part of the UI for everyone. Time will tell.