Back in 2016, Google introduced a new tool which allowed users to further personalize the ads they saw online. It was a win-win, Google got to increase the effectiveness of its advertising, and you got to ensure (within limits) that they were a bit more useful. Apparently, this change was worth it, as Google is doubling down by introducing even more new settings options for advertisements, like disabling "reminder" ads and synchronizing "Mute This Ad" settings across devices. 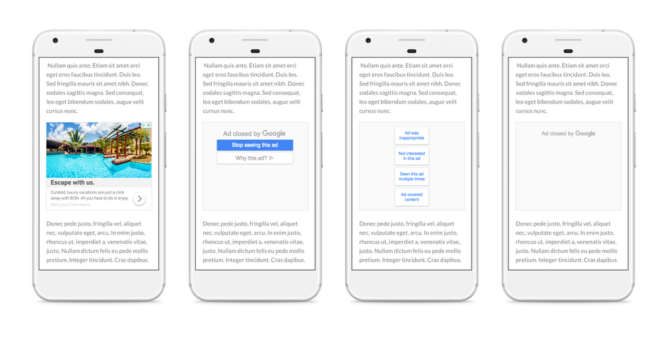 Google covered these new changes in an announcement just earlier today on its blog. The short version is that the company has decided to allow us to expand user control of advertisement even more. First, if you've been taking advantage of the Mute This Ad functionality, Google is extending it to work on more partner websites, as well as synchronizing the ads you've muted across devices associated with your Google account. Second, if you'd like you can now entirely disable reminder-type advertisements—the type of targeted ads you might see following you about a specific product when you add an item to your cart on a site but don't actually buy it.

Google claims that the reminder advertisement setting should be rolling out today and further expanding to cover ads on YouTube, Search, and Gmail in the coming months, but in my own examination of the Ads Setting page, it doesn't seem to be there just yet. There is a Help article on the subject already, though, so it shouldn't be long until everyone sees it. As for the Mute This Ad changes, I haven't noticed anything myself just yet (as I haven't muted any ads), but we'll keep an eye out.

Dell announces rugged Chromebook 5000 Series for use in classrooms