MapleStory M is Nexon's latest attempt to bring the MapleStory MMORPG to Android. They had tried previously in 2015 with the release of Pocket MapleStory, but fans of the PC version were none too happy with the changes made to the game and its god-awful controls. It has since been removed, but that doesn't mean Nexon has given up on bringing the franchise to mobile. In October of 2016 MapleStory M was released in Korea, but there was no word about an English release. Well, it looks like we now know for sure that an English version is coming stateside because a public beta is up on the Play Store right now. 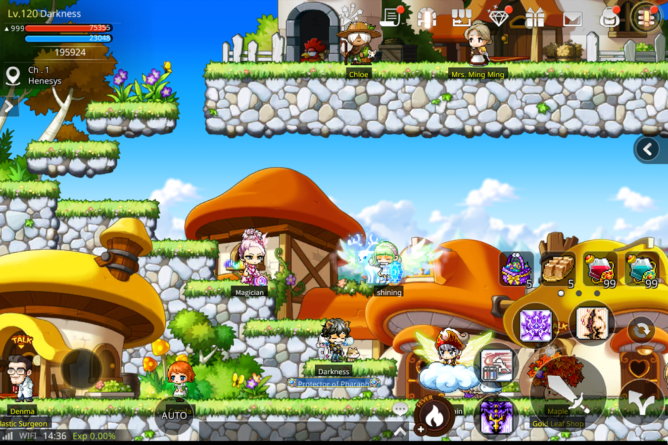 Now, one thing you will want to keep in mind is that the current English listing of MapleStory M will only be available on the Play Store until January 30th. The official release is planned for sometime later this year. So if you want to jump into the MMORPG gameplay, you should do so post haste, as the clock is counting down. It's also worth pointing out that the game's servers will be wiped after this beta is over, so any progress you make in the game will be lost when it is officially released. Luckily any in-app purchases that will undoubtedly be in the final release are not active for this beta, so there's no way to lose any money while testing the title out.

If you are unfamiliar with MapleStory, it is a highly popular Korean 2D MMORPG that has been available on PC since 2003. Yes it is super grindy, and yes it is very pay-to-win, but that has never seemed to stop any of its fans. As for what sets MapleStory M apart from its PC predecessor, well, not too much, and that is a good thing. Sure, there are a few quality of life improvements for easier touchscreen controls. One of those is the inclusion of an auto questing button at the top left of the screen, just like you would expect to find in the majority of mobile MMOs out there. Of course, any auto features are optional, so you are free to play how you like, which is great for those of us who plan on playing manually.

Oh, and if you were counting on any type of controller support, the current beta has no such feature. Maybe this will be added in later, but that is probably a stretch because the game has been available in Korea for a little over a year now, and as far as I know, it doesn't have controller support either. 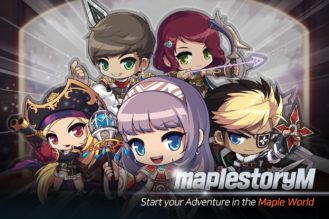 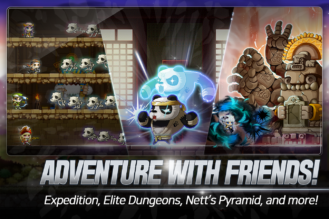 All in all, I must say I was surprised to see MapleStory M show up on the Play Store with an English version. I am even more excited because it is indeed a lot closer if not almost exactly the same as the PC version. Sure the super grindy gameplay will not be for everyone, and there is no doubt that Nexon will be nickel and diming its fans when the game's IAPs are live in the finished product. But even with all of the regular complaints, there is something quite endearing about the game that is difficult to just shrug off.

BE THE FIRST TO PLAY MAPLESTORY M, THE EPIC MOBILE MMORPG, DURING BETA TEST

LOS ANGELES – Jan. 23, 2018 – Players can soon experience the massively multiplayer online role-playing game (MMORPG) MapleStory in the palm of their hands with MapleStory M, an all-new mobile adventure. Based on the original side-scrolling MMORPG franchise, MapleStory M offers the same endless amount of customization, immersive storylines and epic boss raids that fans come to expect from the epic MapleStory franchise – now playable on the go.

MapleStory M beta will be available to download until Jan. 30 through the Google Play Store in all regions excluding Korea, China and Japan. To download the game, please visit the storefronthere.

Players who partake in the beta will be the first to explore Maple World with five unique characters, team up with friends to explore mysterious dungeons and get a sneak peek into the various customization options, including the all-new forge system.

In MapleStory M, players will:

First released in Korea in October 2016, MapleStory M quickly became the #1 ranked free game on both the App Store and the Google Play Store sand amassed over two million downloads in the first two weeks. With its global launch later this year, the game will be available on the App Store for iPhone, iPad, and iPod touch, and the Google Play Store for Android devices.