Be our guest as we serve #AndroidOreo 8.1 beta for #Nokia8 . Updating your device today will enable a host of new features. And most importantly - the hamburger emoji fix with cheese now on top of the patty! Get it here https://t.co/91uhqsbLYM#nokiamobilebetalabs pic.twitter.com/aA4LmSce0E

If you own a Nokia 8, you can head over to Nokia Beta Labs and validate your phone's IMEI, after which you can sign up for the Android 8.1 beta. The site says that it might take a few hours for the update to roll out to you, but my previous experience says it's more like a few minutes. I can't sign up for this one as my husband took my Nokia 8 out of my hands the moment I got the Pixel 2 XL and he doesn't like beta software. But according to @joao_joya25 on Twitter, this is the changelog you can expect... oh and the correct cheeseburger emoji. 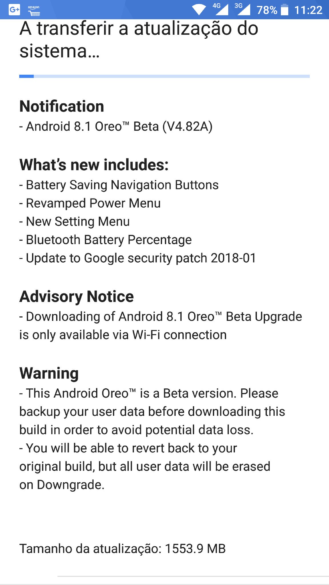