The Duo team began rolling out v26 today, but this one doesn't have any obvious changes, so it may be a service update. A teardown is also fairly sparse, mostly calling back to some older topics, including the upcoming feature for sending video messages when connections can't be made on the spot, the removal of some camera adjustments used in development, and the start of H.265 testing. Since there's not a lot of meat to most topics, they'll be kept pretty short. Of course, if you stumble across anything new, let us know in the comments! 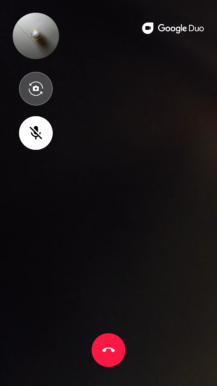 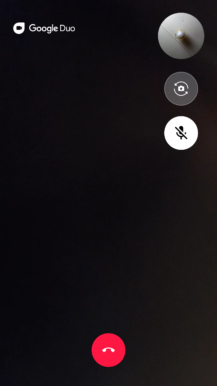 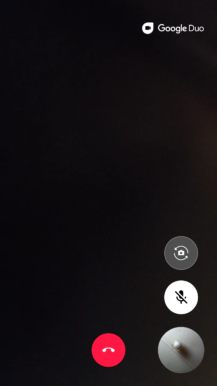 Alongside the release of v25.1, some UI changes were spotted rolling out to some users. This was immediately followed by the discovery that Duo could initiate calls to users without Duo installed. Later that same day, we were also tipped that the little floating view from your front facing camera, which I'm calling the mirror button, was no longer locked to the bottom left corner, but can now be dragged to different corners of the screen. It wasn't really a big enough change to warrant yet another post – we like to keep the noise level down – so we decided to wait until v26 to mention it.

I don't usually mention it, but the Duo developers have tested a few different streaming codecs in the past. Why mention it now? Mostly because there's something of a fanbase for h.265, which is well justified given that it's a widely supported standard on modern chipsets and delivers extremely good compression compared to h.264.

There's not a lot more to say about it than that. I've tried forcing h265 to be enabled and there's no discernable difference, at least not on my connection, so.... There ya go.

If you've read about the voicemail-like feature we've covered in previous teardowns, there's not much added in this version. The tl;dr is that Duo users will be able to send video messages to other contacts without connecting a call. Recipients will be able to watch these messages, save them for later, or delete them. The new lines don't add any new information to this, and most are basically redundant. Nevertheless, I point it out because there's still some movement on this topic and it looks like Duo will now also double-check for camera and microphone permissions before recording a message, just in case users didn't already grant it.

If you're waiting on Google sign-in to enable calling friends and contacts with their email address rather than a phone number, you'll probably have to wait a bit longer. On the plus side, there are still some tweaks and changes to strings, so there may still be some work remaining before it's ready to launch.

I'm not going to say there's no new information in here, but one line does imply that you may now have to sign into a Google account to make or receive calls, whereas this was expected to be an optional step in the past. We'll have to wait and see if this actually becomes a requirement or not.

A few months ago, the Duo developers added some internal settings for adjusting the camera image. This began with color effects, white balance, and exposure controls. A couple months and four versions later, three more were added: Brightness, contrast, and saturation.

The following month saw those original settings removed, but the more recently added settings remained. And with this update, we've come full circle to see the brightness, contrast, and saturation settings removed. Since all of these were for internal use, it hardly impacts anybody directly, but it might hint that the developers have finished experimenting with these settings and there may be improvements or features coming as a result.

Google is experimenting with augmented reality in Chrome