One of the new features in Android 8.0 Oreo was Notification Channels. This gives users the ability to toggle categories of app notifications from the Android settings. WhatsApp was the latest high-profile app to add support for the feature, and now it appears Twitter is joining the club.

To be clear, we aren't sure when Twitter added Notification Channels, because there was no announcement or changelog update. We tested different versions of the app, all the way back to v7.15.0 from September of last year, and all of those updates included Notification Channels. The addition is in no way new, but we never covered it (nor did any other tech sites, from the look of it), so better late than never! 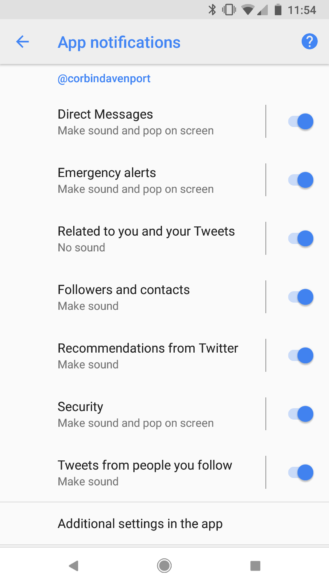 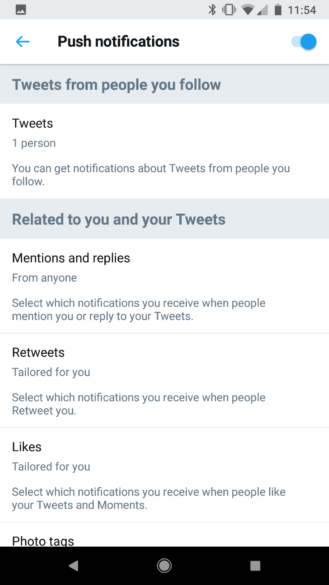 Some of the categories include direct messages, recommended tweets, and more. Sadly, the implementation appears to be half-baked, as the app's built-in push notification settings and Android's notification channel toggles aren't syncing.

For example, if you turn off the 'Tweets from people you follow' channel, it's still enabled in the app settings (so Twitter will continue to push the alerts, they'll just be silent). This means users can easily end up with a confusing mess of different notification settings. Hopefully Twitter will keep working on this.