OpenSignal's bi-yearly carrier report for the US was just released, and T-Mobile's rampage from last year seems to be continuing. Although both Verizon and AT&T are seeing some recovery in network speed after the reintroduction of their unlimited plans last year, T-Mobile has again topped nearly every category in OpenSignal's testing. Sprint, though still in 4th overall, is also making great strides in both speed and availability. 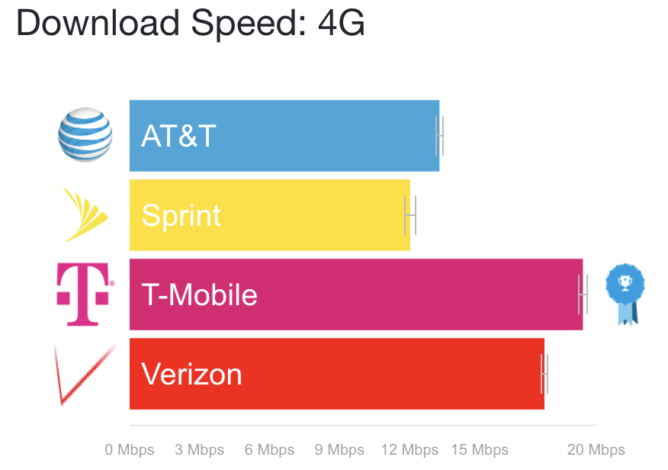 According to OpenSignal, T-Mobile's average LTE download speed has hit 19.42Mbps, which is a significant improvement of 10% over the last six months. In comparison, Verizon's average speed has increased to 17.77Mbps. That's a more substantial 16% improvement from last fall's 14.91Mbps, but still behind T-Mobile's average speed. AT&T and Sprint are a distant 3rd and 4th with 13.27Mbps and 12.02Mbps, respectively. That places AT&T behind its own performance this time last year, making it the only company to have lost 4G performance compared to the OpenSignal February 2017 report. Sprint, on the other hand, is seeing an incredible 25% increase in LTE speeds year-over-year, by far the largest of any of the four carriers.

Part of the reason T-Mobile was able to lap AT&T and Verizon over the last year, according to OpenSignal, has to do with the latter two companies reintroducing unlimited data plans. That may have increased network congestion, resulting in the losses in speed each saw last fall. Both AT&T and Verizon seem to have mostly recovered now. 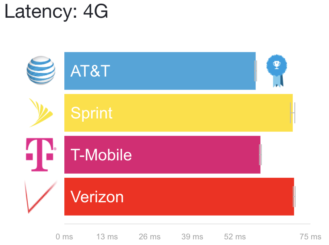 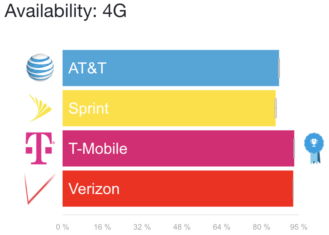 Although T-Mobile hasn't swept every category like it did last year, the only test that the company didn't win was 4G latency, and even there it only lost to AT&T by a minuscule 1.45 milliseconds. In comparison, T-Mobile won every other category except availability by a reasonable margin.

Although anecdotally T-Mobile hasn't been known to have comparable availability to Verizon, for whatever reason it has beaten Big Red in OpenSignal's tests. Like it or hate it, the "Un-carrier" has made incredible strides in recent years, even topping JD Power's rankings for customer service. Sprint's tremendous improvements over the last year—especially when it comes to 4G speed and availability—aren't to be ignored, though. 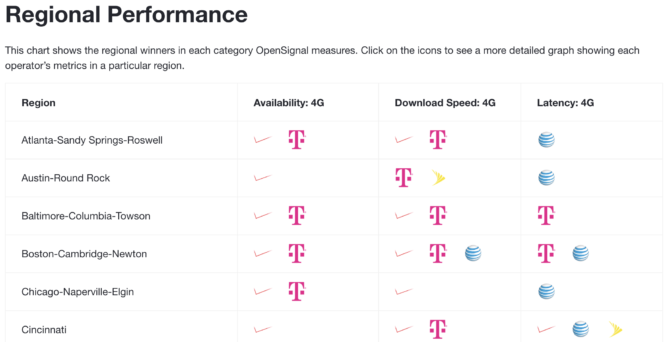 OpenSignal's testing actually goes down into the regional-level performance for each carrier as well, so if you'd like to check and see how each of the big 4 compare in your neck of the woods, you can check out the full table at OpenSignal's site. Market variation is still strong, with T-Mobile near the top in places like Baltimore, Las Vegas, and Philadelphia, but almost entirely beaten in locations like San Francisco and LA.

In more non-carrier specific results, the report notes that LTE is becoming much more widespread in recent years, with two companies (Verizon and T-Mobile) able to report over 90% availability now, when a year ago no company could. Across the board, each individual carrier is showing increased availability, which is excellent for the future of consumer choice in the US.

All the numbers in OpenSignal's tests originate from users of OpenSignal's (terribly named) "4G WiFi Maps & Speed Test. Find Signal & Data Now" app. So if you disagree with any of the metrics gathered, you can add your own experiences to the next report by downloading it yourself over at Google Play or APK Mirror. These recent numbers, for example, came from an aggregate 237,213 users between October 1st and December 31st. For more information about the tests, data, or methodologies, you can check out the report in full at OpenSignal.

[Deal Alert] Save $50 on JBL Link speakers with Google Assistant