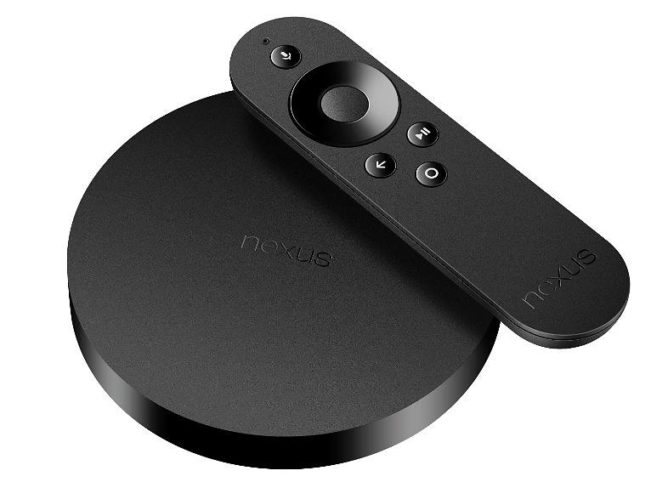 Google's inaugural streaming box should have been good. Being the first retail device, it bore the responsibility of building the Android TV ecosystem. Early reviews were unkind—the processor was undercut by the paltry 1GB RAM and 8GB storage, and the $100 price tag made it a tough sell. It started seeing steep discounts, eventually being dumped for $25 each at Target within a year of release. It has also been subject to a spate of bugs, ranging from a networking problem causing massive uploads of junk data, to a configuration mistake which caused the remote to work erratically.

By default, the Nexus Player is still the standard bearer of Android TV. It also has the rare distinction among Android devices of receiving official updates for four major versions, taking it from Lollipop 5.0 to Oreo 8.0, though it will not receive 8.1. 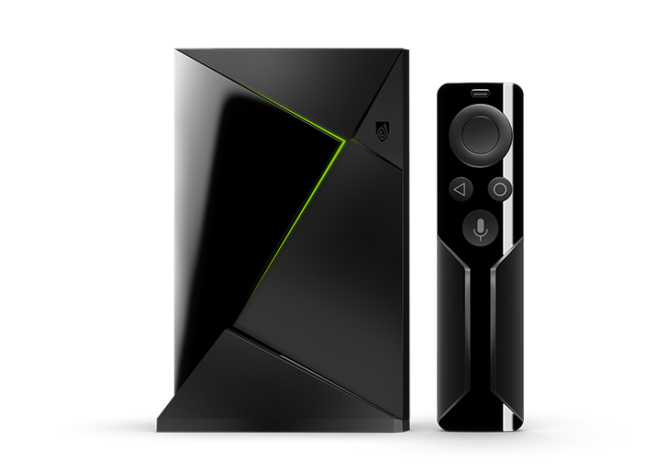 The Shield TV is practically the only good Android TV box. With a Tegra X1, 3GB RAM, and 16GB storage—or a 500GB hard disk on the Pro model—it is by far the most powerful. The Shield TV supports 4K, and receives regular software updates, though Oreo is still nowhere to be found. NVIDIA liked the Shield TV enough to release it twice—the 2017 version is powered by the same hardware as the original model, but with a smaller footprint.

The Shield TV and Tablet share a variety of game ports which are only compatible with NVIDIA devices, because of the special hardware in those devices. The exclusives do not end there—the company has partnered with Nintendo to bring select remastered Wii and GameCube games to the Shield TV in China, as those consoles were not originally released in that country due to regulations at the time. The Shield TV is also seemingly the only Android TV box with Amazon Prime Video. 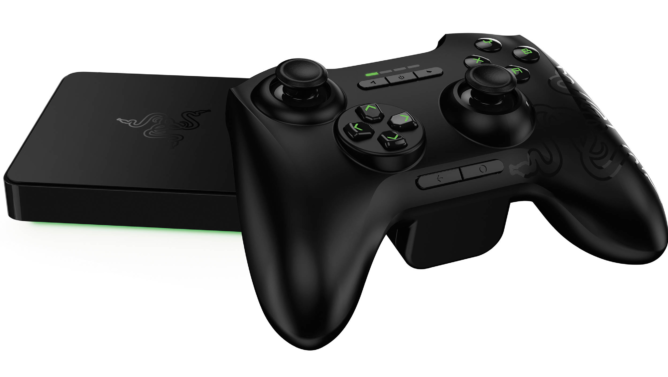 The Forge TV was a miserable piece of crap. Somehow, it was was allowed to ship without Netflix support, which according to Razer's support website, was never fixed. Razer promised the ability to stream games from your PC, which never materialized. Razer eventually bought the remaining shambles of OUYA to bolster their Android gaming capabilities, though that failed to provide any real benefit. The Forge TV was pulled from the Google store in early November 2015, making it the shortest-lived Android TV streaming box. By some miracle, it did eventually get an upgrade to Marshmallow 6.0.1. 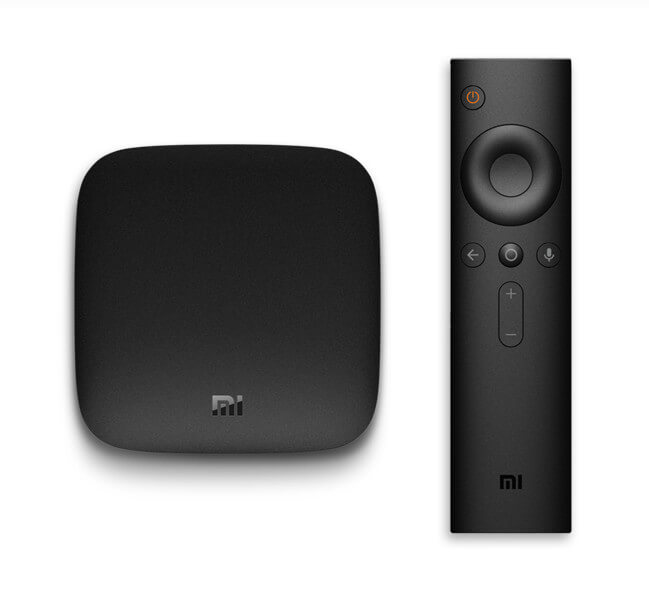 Xiaomi's Android TV supports 4K, and does so at roughly half the price of the Shield TV. As a result, it became the budget option for Android TV devices. The official Android Police review of the Mi Box makes note of performance issues. Apparently, the Amlogic SoC used on the Mi Box is not quite powerful enough to reliably push 4K, as performance improves dramatically after changing display settings to 1080p. It only has 2GB RAM and 8GB storage, making it less than well suited for installing multiple games. 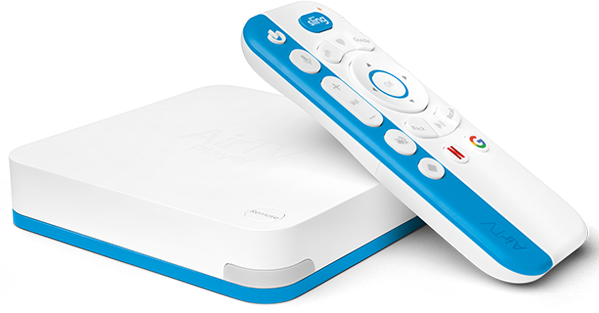 The AirTV Player is peculiar, as it is centered around the Sling streaming video service. (Both AirTV and Sling are owned by Dish Network.) In addition to the 2GB RAM and 8GB storage, it comes with an over-the-air (OTA) TV tuner, allowing owners to watch broadcast television from the AirTV itself. By design, utilizing OTA broadcasts prevents Sling from needing to negotiate a carrier agreement (or pass along carriage fees to users) for these networks. It's $129.99 for the box and tuner, though it comes with a $50 Sling service credit. Considering that the AirTV Player has limited useful purpose beyond Sling, the credit is beneficial.

There are other Android TV set-top boxes which simply have not made it to the United States. The Sharp AN-NP40 was released in June 2016 with Android 5.1 Lollipop. The I-O Data AV-ATB100 and the Pixela KSTB5043 were both released in September 2017 with Android 7.0 Nougat, though these are rebadges of OEM designs by ZTE and Kaon, respectively. These are all fairly indistinct, generic-looking devices.

In terms of unique products, the CCC Air Stick 4K was announced this month, which pairs 4K HDR support with 16GB storage and 2GB RAM, in a package about the size of the original Chromecast. It is a refresh of the original Air Stick, which used the same form factor, but without 4K support.

Cable set-top boxes have traditionally been fragile, error-prone devices. It should be welcome news that Android TV is being adopted to replace the proprietary cable boxes of yesteryear. Arris International—which acquired Motorola's set-top box business during the 2011 reorganization and sale to Google—recently announced plans to use Android TV for future set-top boxes.

That said, cable set-top boxes are not products which people actively purchase—they exist essentially as part of a service agreement, and would have limited practical utility outside of that context. Because of this, they are not generally available at retail in the same way that other consumer electronics are. This unofficial website provides an exhaustive-looking list of Android TV-powered devices, most of which are cable set-top boxes.

Everything is smart already

There is a prevailing wisdom found in the comment sections of various electronics enthusiast websites—including this one—about decoupling smart streaming boxes from dumb displays. This is a false premise. Practically no manufacturer of mid-range or higher TVs offers a model without some type of connectivity. While Sony and other manufacturers include Android TV functionality, others like Vizio provide only a Chromecast interface. For strategic reasons, Samsung develops their own Tizen-based Smart TV platform, LG uses webOS, and Panasonic develops their own fork of the now-discontinued FirefoxOS. This makes streaming boxes—Android TV or otherwise—redundant.

Coupling "smart" functions with the actual TV hardware gives manufacturers a perverse incentive to not update firmware in order to drive sales of newer models (looking at you, LG). This also creates a security issue, as seen last year with the (since patched) "Weeping Angel" exploit in Samsung TVs, turning the TV into a listening device for remote attackers. A report in Motherboard last year quoted security researcher Amihai Neiderman as saying Tizen "may be the worst code I've ever seen."

This is a harder argument to make. Google has more licensees than ever for Android TV, though their support for the platform seems halfhearted at times. The original YouTube app for Android TV was tossed out and replaced with the generic webview of the YouTube TV interface used on practically . While more video apps have support for Chromecast connectivity than have actual Android TV support, the gap has been closing for some time.

Amazon removed and banned listings of Apple TV, Nexus Player, and Chromecast devices in 2015, citing a need for "streaming media players we sell [to] interact well with Prime Video in order to avoid customer confusion." At the time, Android Police managing editor David Ruddock characterized this as "a corporate pissing match in which consumers are, in every respect, the losers," and that "there is no good reason to do this aside from Amazon playing protectionist with its own Fire TV line of products."

Since that time, Amazon released a Prime Video app for Apple TV last December, and sales of Apple TV on Amazon.com resumed accordingly. Amazon has also released a Prime Video app for the NVIDIA Shield TV, which is clearly an Android TV device. (Sony TVs also have Prime Video, due to a similar special agreement.) Amazon's own Fire TV streaming products run on their in-house Android fork. In a technical sense, these are Android devices. While the APK for Prime Video on Fire TV likely has dependencies on Fire OS APIs, ultimately Prime Video does not work on Android TV because of Amazon.

This feud has not become less weird since 2015. While the Prime Music app now has Chromecast support, Prime Video still lacks the option. In December, Amazon announced plans to resume selling Chromecast devices, though five weeks later, that has not materialized. A Prime Video app for Android TV was added to Google Play, but is not marked as being compatible with anything. The Prime Video app for phones is mysteriously marked compatible with Android TV, but it does not appear on the launcher if installed.

Android TV effectively lacks a flagship to compete head-to-head with the Apple TV. The Nexus Player is discontinued, leaving Android TV without a real developer device commonly available for testing. Presently, no Android TV device actually runs the latest version of Android. The Shield TV—while admittedly a good product—causes fragmentation, as the high number of Shield exclusive apps makes that device related to but separate from Android TV as a whole.

In terms of hardware, Android TV has effectively remained stagnant since it was introduced. This may be intentional, at least in part. Normally, people do not replace TVs at the same rate as they replace smartphones. Android TV devices—both set-top box and TV—typically do not use flagship SoCs found in phones. With the exception of the Shield TV, they all have 1 or 2GB RAM, and 8 or 16 GB storage. While newer devices have hardware support for 4K, and more efficient video codecs, processing power in Android TV devices has not evolved at the same pace as phones.

This apparent intent of a longer-lived hardware policy is not being adequately backed up with software support. Though the Nexus Player was the longest supported Nexus device, dropping it before the next thing is ready does not inspire confidence. Presently, there is no indication that a next thing is in development. The future of Android TV may be only as an embedded platform, not in standalone streaming boxes.

Hopefully, with the advent of Project Treble in Android 8.0 Oreo, future Android TV devices can maintain software support for the natural lifespan, not left to wither on outdated versions of Android. Until then, there is no compelling reason to upgrade from your existing Android TV device—or move to Android TV—unless you are buying a new TV anyway, or your cable provider offers a free upgrade for a new set-top box.

Amazon Prime Video can now be installed on Android TVs, but it doesn't actually work

Wonder Workshop Dot and Cue review: One of these is not like the other