Download an app on your phone, link it to your bank account, contribute some money each month to a pool shared with a bunch of people you've never met before, and wait your turn to get a payout. I'm no mind reader, but you probably have one of two reactions to that proposition: "That sounds shady as all hell," or, "That sounds like something my parents did." Well, this is the general idea behind Yahoo Finance's new app called Tanda, and it probably warrants some explanation.

"Tanda" is the word used in some Latin American countries in reference to the longtime practice of pooling money with a usually small group of people. Each month, everyone contributes an agreed-upon amount to the pool and one person gets to take the whole pot home. This process is repeated until everyone in the group has had a chance to take a pot.

This concept is sometimes called a rotating savings and credit association (ROSCA), though it also goes by "hui" in Chinese, "kye" in Korean, "tanomoshi-ko" in Japanese, and many other words around the world. It's a familiar system for many immigrant and migrant families and considered by some as a legitimate financial tool that has long helped these groups survive in challenging environments. Now it's the basis of Yahoo Finance's new app.

Once you set up an account, verify your ID, and link your bank account, here's how Tanda works:

If you're familiar with the time value of money, you're probably wondering why anyone would choose anything but the earlier payout positions. Yahoo Finance has built in a mechanism to address this: fees and rewards. 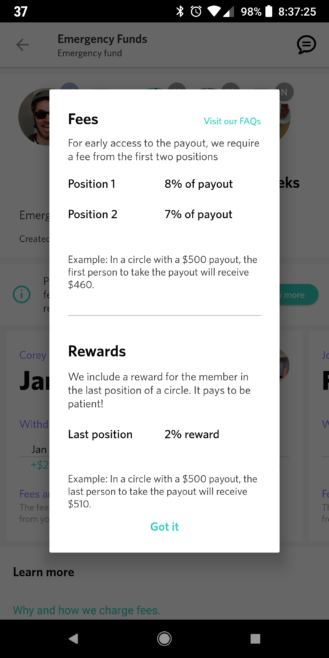 Patience is a rewarded virtue for Tanda users

Yahoo Finance takes an 8% cut of the first payout and a 7% cut of the second payout. This is also how the company plans on making money off of the app, according to Simon Khalaf, SVP and head of media brands and products at Oath (the name for Verizon's combined AOL and Yahoo assets). If you have the patience to take the last payout position, you'll be given a 2% reward.

Tanda also assigns each user a trust score, which can be built up over time. The higher your trust score is, the more options you have for joining savings circles (including private savings circles and circles with higher payouts) and choosing payout positions. If you're late with a contribution, you lose three points; if you miss a contribution altogether, you lose 20 points.

Speaking of missing contributions: While shame, cultural mores, the risk of social exile, and (in extreme cases) lawsuits are mostly reliable motivators for immigrant and migrant families to stay on top of their contributions to informal loan clubs, they remain inherently tenuous arrangements. If someone disappears without warning, they can run off with a lot of money, leaving the rest of the group with an awkward mess on their hands. 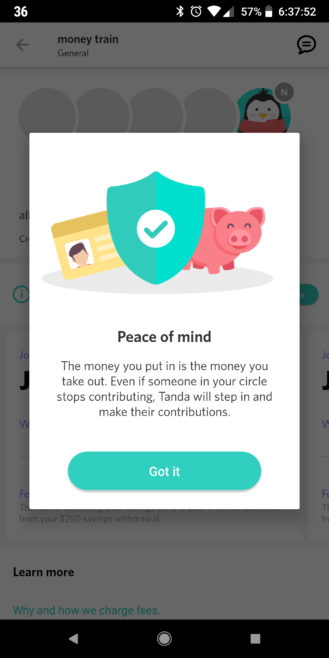 Tanda wants you to know it has your back

Yahoo Finance, for better or worse, doesn't have those social pressures at its disposal. So it has to resort to holding out the stick of denting a user's trust score to keep them in line, which is fine but rather insufficient for everyone left behind in a savings circle. The app has a contingency plan in place to address this risk: If a member of a circle stops paying up, Tanda will step in and continue making contributions in their stead.

(Update: Dwolla reached out and clarified that they are not involved with any kind of debt collection.)

Yahoo Finance takes a page from Venmo, PayPal's peer-to-peer payments app, by including social feeds in Tanda. The "Everyone" feed shows publicly shared updates, including the creation of savings circles, joining and leaving of circles, and payout updates. 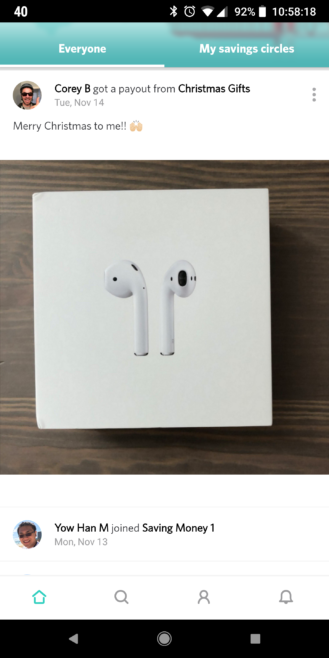 There's also a chat feature for savings circles. If a circle is public, any user can read the messages posted in the chat area, but you have to join the circle to post a message.

Who is this for?

Yahoo Finance is positioning Tanda as an alternative to credit cards for younger people — a smarter way to build healthy financial habits while saving and getting access to money without high interest rates and any risk to your credit score.

But this obviously isn't a completely altruistic venture for financial education. Yahoo Finance is, as mentioned above, hoping to make some money here, and Khalaf says Tanda is also a way for the company to build its mobile user base.

It's intriguing to see such an old practice being derisked and modernized by Verizon's Oath subsidiary via the Yahoo Finance brand. However, Tanda isn't breaking new ground here. There are already a number of ROSCA-like apps available (for example: KyePot, ElGameya, and Cashare).

If you want to give Tanda a spin, it's available on the Play Store now and you can download it using the widget below. Check out Yahoo Finance's fairly thorough help section if you have any lingering questions. 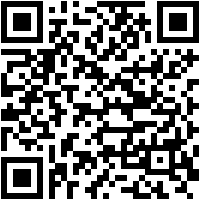 30 of the best games for Google Daydream