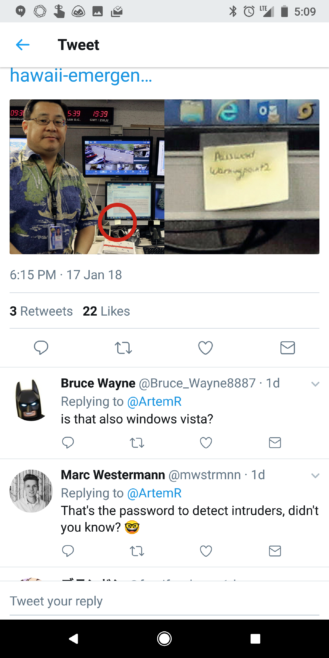 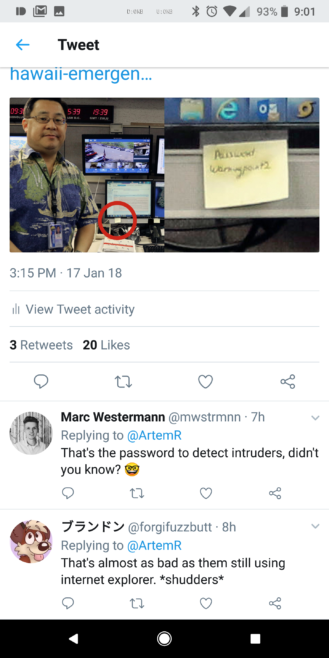 Artem notes that he was running a recent beta when he noticed the new icon, and though I tried installing the last few beta versions to trigger it, the change appears to be server-side. Note that since I don't have access to a device that demonstrates the new feature myself, the screenshots will be a mix of self-tweets from Artem and external views of the same tweets. While some of the options are the same between the two, a few will be different. 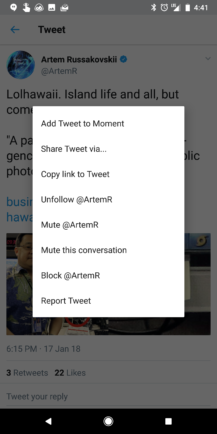 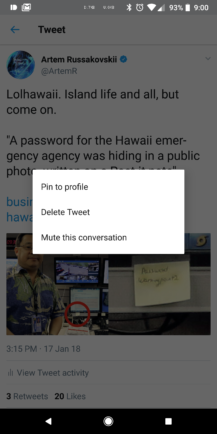 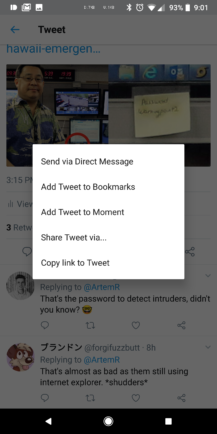 The change is quite simple, with the various social options that previously lived in the top-right menu being relocated to a new dedicated button, leaving the old dialog much emptier. Personally, I think it's a nice change, as the connected-dots icon is a universal visual standard for sharing content (at least, if you aren't the UI train wreck that is YouTube), and that should make the action a bit easier to find for newcomers.

This might be a confusing modification for some if they aren't expecting the change, as there's nothing that points to the new location. So if you see a much shorter list of actions in the top right menu the next time you fire up Twitter and examine a tweet, now you know where to look. We'll see if this change makes its way out to a broader audience, but for the time being it appears to be a server-side test with a limited audience.

HyperDrive is a combo USB-C hub, stand, and Qi charger on Kickstarter (and it's already funded)