Anyone who's set up a Samsung phone has probably seen all the popups for Samsung Cloud backups. It's actually a rather robust system backup tool that can save system settings and app data, but Samsung is dropping a big part of that service. Starting next month, third-party apps will no longer be supported on Samsung Cloud.

Samsung has been notifying users via email over the last few weeks. Here's the message it's sending out.

Hello, we would like to inform you that the service policy of Samsung Cloud has changed. From February 6th, 2018, the following changes will be applied:
□ Service Policy Changes
- Target: App data for users who backed up apps on Samsung Cloud
- Changes: App data for 3rd party apps will no longer be backed up on Samsung cloud. After this change you will not be able to backup app data or restore it from a previous backup on Samsung cloud. Any existing data from previous backups will be deleted immediately in accordance with provisions of relevant statues and regulations. Users who need to back up app data should do so using Smart Switch or the backup and restore functionality of each third party application, if available.
- What is still supported ?
Samsung cloud will continue to support backup and sync of the following items and the data will continue to be available on Samsung Cloud
. Homescreen, app installation files, and other settings in mobile device
. Application’s setting and data for Samsung apps such as Contacts, Calendar, Internet, and Samsung Notes
. User data like Photos, Videos, Music, and Documents

□ Disposal of Personal Information
- After this change, Samsung will promptly destroy your personal information that was collected for the purpose of delivering the service. However, if there is the obligation to retain information in accordance with the provisions of the relevant statutes, the information shall be retained, and immediately destroyed after the expiration of the retention period prescribed by current and applicable regulations.

Samsung's backup features will continue to work for pre-loaded apps like Contacts, Calendar, and Samsung Internet. The home screen and system setting will be saved as well. Files you've uploaded to Samsung Cloud are not affected by the changes. The data from third-party apps saved in Samsung Cloud will be deleted as soon as the change goes into effect on February 6th. 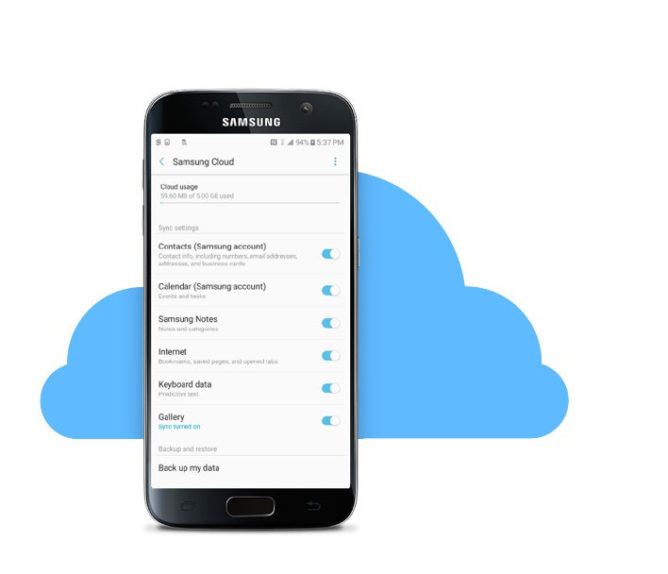 If you've been relying on Samsung Cloud to save your app data, you may want to look into alternatives. Some apps might have their own backup mechanisms, and there's the Google Drive backup system for apps that support it. Make sure you've got that turned on in your Drive settings.

This app checks if your carrier is violating net neutrality