The View10 sports Huawei’s Kirin 970 chip, with a built-in neural processing unit that the company says can be used to learn your habits and improve your overall experience. Features of the moment such as face unlocking, an 18:9 screen, and dual cameras potentially make the View10 a compelling option in the affordable flagship category, where it slightly undercuts the OnePlus 5T at £449 in the UK (around $600). A US launch wasn’t expected but has now been announced, where it could be priced even more competitively as Huawei hopes to use the Honor brand to bounce back from its recent disappointments in the region.

You can expect a full review from Jordan in the coming weeks, but in the meantime here are my first impressions after spending the last few days using the View10 as my daily driver. 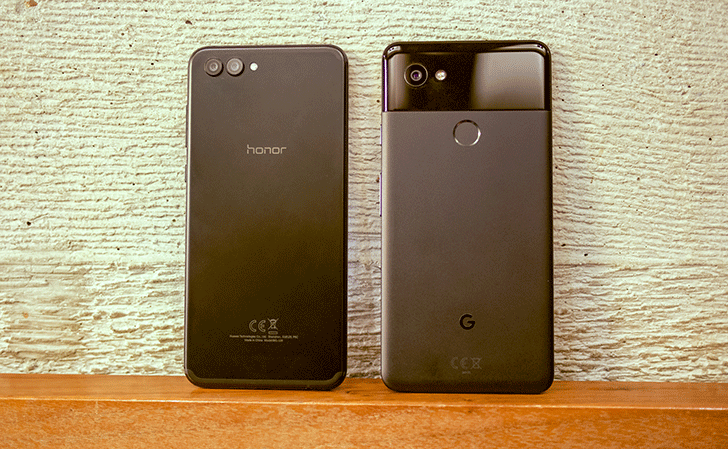 Roughly the same size as a Pixel 2 XL.

The first thing that strikes me about the View10 is quite how thin and sleek it is. It may only be just under a millimeter thinner than the Pixel 2 XL, and 3 grams lighter, but feels considerably more compact. As with many phones from Chinese OEMs, it’s hard not to think about Apple's design language when you look at it. This black model especially resembles the iPhone 7 from the back, sharing almost identical antenna lines. It's not that I find this unattractive, though, and while it would be nice to see more originality, how different can you really expect two slabs of aluminum to look?

Sizeable dual camera bumps are the biggest design negative. The two distinct protrusions are impossible to ignore, and even though they're flush with the edge of the case Honor sent me to use, there's still a greater risk of scratching the glass. 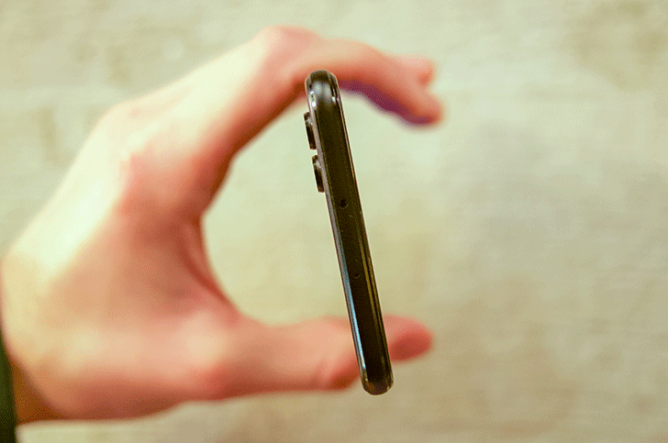 Without a case, the chamfered edges ensure the phone is not nearly as slippery as others of similar construction, and minimal front bezels make it an easy size to hold and use. The 18:9 screen (2:1 for the pedants out there) is just a hair under 6 inches, and while it may only be an LCD panel it’s plenty bright and colorful, but with a much colder profile than my Pixel 2 XL. Sadly, no OLED means no ambient display mode. You can set the screen to wake with every notification, but this will have considerable implications for battery life. The recent flagship trend (or gimmick) of rounding the corners of the display is adhered to here by Honor, but thankfully not to the same extent as some others.

Despite limited chin space, the fingerprint scanner has been squeezed below the screen. I’m entirely used to it being on the rear by now, but I adapted rather quickly and had no issues after a couple of days. If under-screen sensors become widespread I’d have no objections, even if face unlocking does become the dominant biometric security feature (more on that later). The fingerprint reader on the View10 is blazing fast – more than a second quicker than my Pixel (mostly thanks to Android 8.1).

I’ve not spent much time listening to music on the device, but when I have done it sounds perfectly fine, both with wired headphones or via Bluetooth. The speaker is loud but bottom placement is a negative, especially after getting used to front-facing stereo speakers that aren’t so easy to muffle. I’ve also not taken many photos with the View10, as I don’t generally take a lot of photos anyway and when I do it’s hard to tear myself away from the Pixel in my other pocket. I did some brief comparisons of the portrait modes of both phones, and I have to say that the dual lens system didn’t convince me. Either the Pixel 2’s software-driven portrait mode is that good, or the View10 isn't that great. I’ll leave it to Jordan to pass final judgment on that.

Overall, the hardware seems to be worth at least what you’ll pay for it, and in many areas it seems like a much more expensive phone than it is. This continues the great value proposition Honor has recently been delivering. 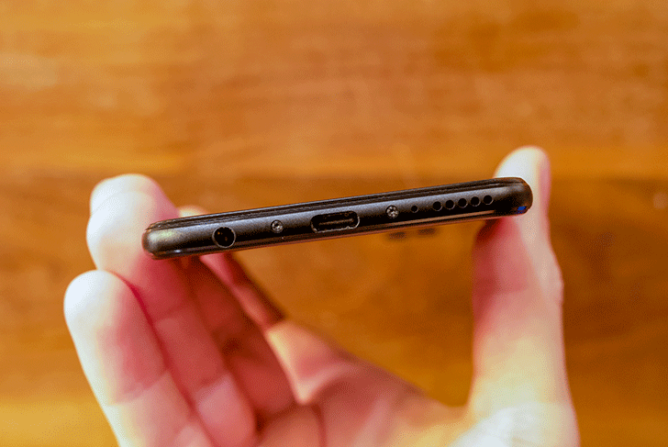 With great emphasis placed on Huawei’s first AI-powered chip, the Kirin 970 with its Neural Processing Unit (NPU), I was expecting some interesting things from the software on the View10. I’ve heard almost universally bad things about EMUI, but it’s clear that the 8.0 version of the skin on top of Android 8.0 Oreo is the most refined to date. I still have some gripes with it, though.

Setting the View10 up was pretty painful, largely because Android’s backup and restore system still isn't robust enough. You can't restore a backup from a newer Android version, so my 8.1 Pixel backup was redundant. EMUI includes an app called Phone Clone that transfers data from your old phone via a local hotspot, but after several failed attempts I had to give up on it. Also frustrating was that the screen brightness was far too low during the initial setup and could not be altered. The whole process strained both my eyes and my patience. 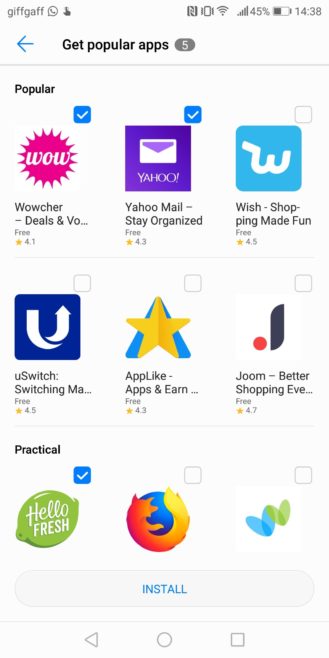 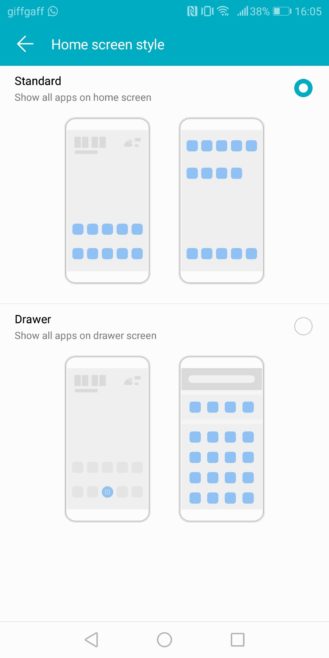 Left: No, Honor, I don't want any of those apps.  Right: Nope and nope, Pixel Launcher it is.

The phone then tries to foist a bunch of apps on you, which I was not in the mood for by this point. Even after you’ve politely told it to get stuffed, you’ll find there are plenty of unwanted pre-installed apps and games anyway. I tried to use as many EMUI apps as possible, just to get a feel for them, but soon switched back to Google Calendar and Keep etc. I also sideloaded the Pixel Launcher, as Honor’s custom home app didn’t offer a swipe up for app drawer gesture and instead took up one of my dock spaces with a drawer button.

All in all, EMUI feels pretty cluttered. I’m sure it’s better than some other OEM skins, but compared to a “stock” Android experience it’s just too busy. There are a million icons in the quick settings menu, much of my status bar is inexplicably taken up with the name of my carrier (although I later discovered this can be turned off), and default apps have weird floating menu bars among other weird stylings. My biggest bugbear, however, is that notifications disappear from the lock screen after every unlock, whether you interact with them or not. If you are used to leaving notifications unread for quick reference later on, the View10 will scupper this plan, and I didn't find a way to change it.

Those things all annoyed me, but credit where it’s due, EMUI actually surprised me in a few ways with really useful features. 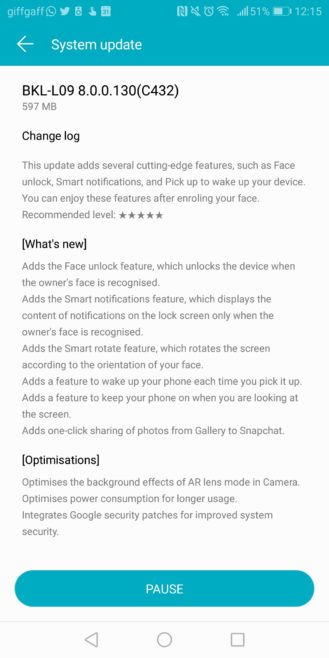 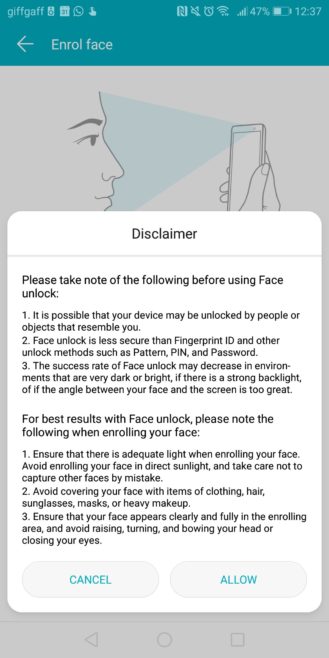 Left: You'll want to download this OTA right away.  Right: Face unlock is the most important addition.

I first thought face unlock was a bit of a con, as all it seemed to do was hide the contents of lock screen notifications until it recognized my face. Eventually, I realized an OTA was needed to add full functionality, and once installed I was pleasantly surprised by how well it performed. It’s fast when it does work, which is almost always when the light is good. Even in a pitch-dark room with just the TV on it would mostly work fine. However, in an entirely dark room (understandably) or outside under street lights (annoyingly) it would tend to fail. While I don’t believe it’s good enough to replace the fingerprint scanner just yet, it’s an impressive first try from Honor.

One thing that took me completely by surprise was getting a call from a friend over WhatsApp while sat on a London Underground train. I hadn’t set up Tube WiFi yet, so was perplexed as to how this was possible. Apparently, EMUI’s WiFi+ feature had recognized a public network and logged itself in automatically, which is pretty nifty. If you'd rather not connect to public networks, this can be disabled.

Performance of the View10 overall has been quick and responsive, and I don’t have any other reasons to complain about. Battery-life has also been stellar, lasting at least a day and a half with my usage. Considering it costs just over half as much as the Pixel 2 XL, I don’t think the gulf in quality is anywhere near as great as it probably should be. Keep your eyes peeled for Jordan's full review if you’re interested in finding out more. Meanwhile, feel free to fire any questions in the comments. 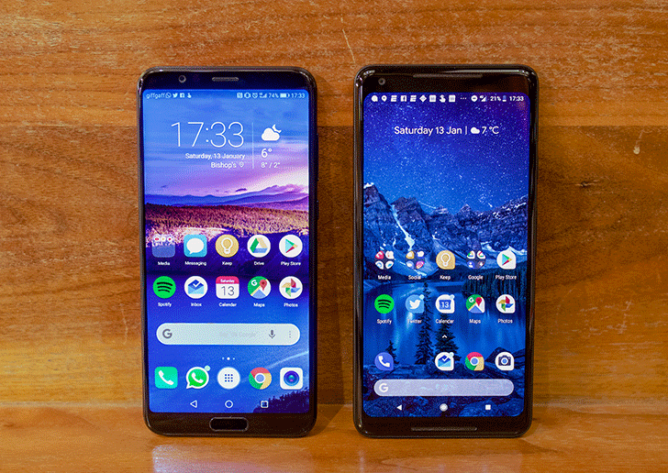 WhatsApp Business launches officially for Android in Indonesia, Italy, Mexico, the UK, and the ...