While CES brought a stack of announcements for Android TV-powered televisions, streaming boxes have been in conspicuously short supply. The CCC Air Stick 4K is breaking up that monotony, cramming in support for 4K HDR10 as well as aptX and aptX HD—apparently a first for Android TV-powered boxes. It has a relatively minimal 2GB RAM and 16GB storage, though this is double what the Nexus Player provides. Unfortunately, it is Japan only, though you could import it if you feel the urge.

The Air Stick 4K is a decently compelling device—Android TV devices available stateside are all set-top boxes, the stick form factor has been reserved for Chromecast thus far. In addition to aptX support, the included power adapter has an Ethernet adapter, much like the Chromecast Ultra. Oddly, the power adapter also has a USB port you can use to charge the remote. This seems somewhat over-engineered, it seems easier to use user-replaceable batteries. Though it ships with Nougat 7.1.2, the release notes indicate plans to upgrade the streamer to Oreo. The release notes also mention that DRM for Netflix and the Golf Channel app will be added in a firmware update shortly. 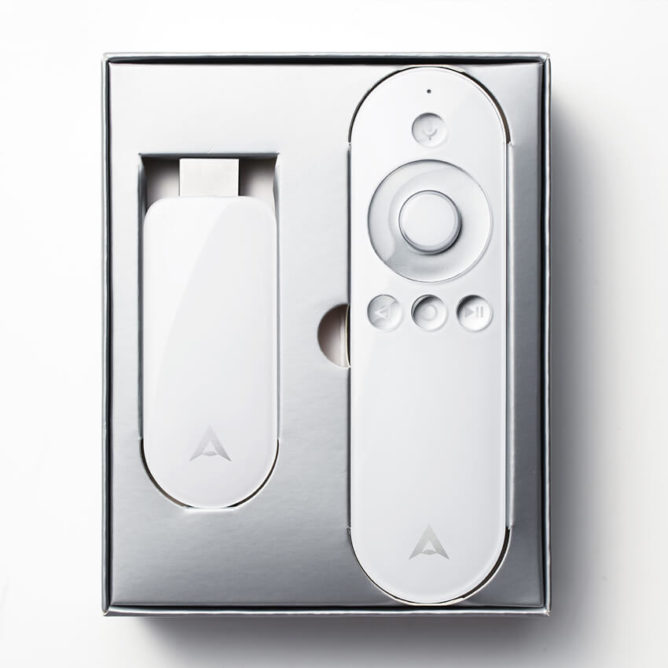 New and aptly-named Notarize app does exactly what you'd expect