It's been almost a month since Essential rolled out the second Oreo beta for its phone. If you were hoping for a final release, that's not happening yet. Essential has, however, released a third Oreo beta for the Essential Phone. It includes new security patches and minor fixes.

The new version (build OPM1.170911.254) is a 1GB download if you grab it from the Essential site. A smaller OTA appears to be rolling out to devices running Beta 2 already. Here are the changes in the latest update.

Earlier today we released Oreo Beta 3 over OTA. You can learn more about Oreo Beta and download the release here: https://t.co/oonhRC1b16

The changelog for beta 3 still lists all the "new" features from the last update. So, the following aren't actually new for the beta, but they aren't included in the stable builds. 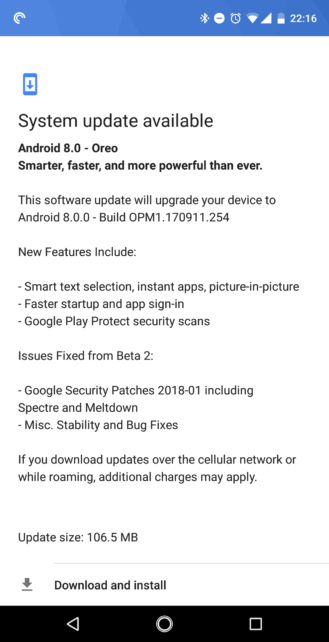 If you're still on the stable release, you can flash the new beta on top of that. We don't know how close Essential is to a final Oreo release, but hopefully it won't be long now.